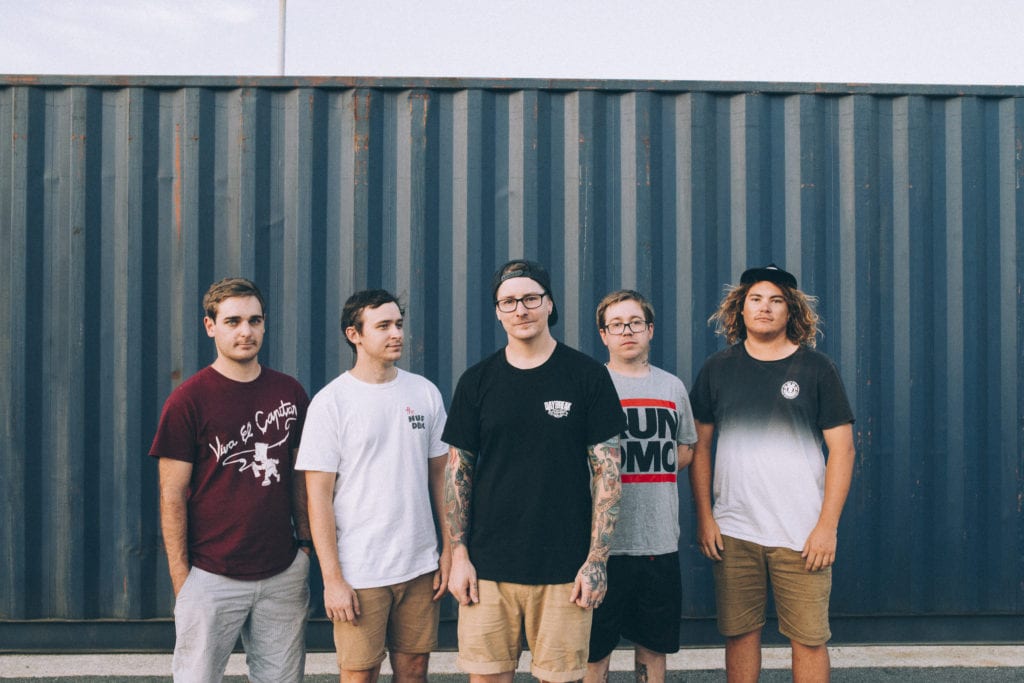 Western Australia may not receive as much love when it comes to the touring side of things, especially with some of the international bands that are wanting to visit the area. However, while the State is waiting for more global visitors, there have been countless bands in the area that hone a lot of potential, waiting to have their moment in the spotlight. One of which is Alex the Kid, who are a four-hour drive north of Perth. Speaking with guitarist Ken McCartney of the band, he talks about their current plans for the new year, the conception of their music and their most recent show with The Front Bottoms.

“The Front Bottoms are an amazing band. They’re just as good as The Heartaches from Adelaide. They’re just killing it as a band, and their EP was probably my favourite release of 2016. I mean, their songs go from pretty serious to quirky really quick, and that’s something that we take from a group such as them.”

So far, Alex the Kid’s plans that are currently in the works involve mostly touring in their home turf. However, two shows that they’re most particularly excited for include Hyperfest and a small round of gigs with New South Wales surf group Hockey Dad.

“We’ve got some wicked shows on the horizon for Alex the Kid. There’s the Hyperfest in Bassendean, which is an all-ages festival in Perth, with Allday headlining and a whole bunch bands that have made it look stacked. There’s also Hockey Dad on there, and we’re actually doing a three-day tour in WA with those guys, which is gonna be real awesome.”

Alex the Kid soon announced that their latest single called Untitled would then be part of their label’s compilation album entitled “Pee Approved 5”, joining groups such as Guttermouth, Such Gold, and much more, who have been highly influential to Alex the Kid.

“It’s insane, to be part of it, to be honest”, says Ken. “I’ve been listening to Guttermouth since I was ten, and to be on the same compilation with them is a real honour, to me. It’s real solid to be part of a compilation like that. Especially with some local talent on there and to have a song that got a lot of good feedback is incredible too. We’re all originally from Geraldton, which is about four hours north of Perth, and the local radio station here has picked up on it, and the song also got a spin on Triple J a while ago. It’s pretty cool to see the momentum pick up on it and that it’s on a solid little compilation that’s gonna have such a widespread audience. Such Gold is on there too, and they’ve been such a big inspiration to us in the more recent times. So, the fact that those guys might listen to it, it’s kind of a big deal to us.”

While talking about the band’s latest record “Speak Up”, along with Untitled with Ken, he brings up the reception for both releases including the style in which Alex the Kid are influenced to execute in all of their songs. It just so happens that their creativity stems from the short one-two minute punk tracks along with some quirky lyrics put together.

“The response we got on that was awesome, and that’s what landed us on Pee Records, so that was such a huge step for us. We just had heaps of good feedback with it; we had vinyl and singles printed for release in a few places around the country. So, it had us taken from relative obscurity to maybe slightly being in a bit more noise in getting more gigs around town. What we wanted to do with Speak Up was to make blistering fast and short songs, like a lot of our favourite bands, do. So, we’re talking one verse, one chorus, cut it and done – you know, those kind of songs. So, we wanted a lot of short, punchy songs. We had about thirteen or fourteen songs, so the record comes in at about half an hour. Lyrically, there’s a bit of everything, like there’s a song on there about being a cat and another about just wanting to party.”

“So, it’s just real authentic to us as real goofy guys that know how to turn it around from the serious stuff. I’d say Violent Soho with a bit of a light-hearted edge to it. We also don’t mind almost taking the piss a bit, and a lot of it has movie quotes and video game references involved, which our vocalists James and Trent both love. It’s just a bunch ridiculous crap that they write that we also love, as well” he laughs.

Even though it may be a little while for Alex the Kid to release their next record, there’s a great chance of getting some more shows done outside of their home state, which includes some gigs over in Queensland, and possibly getting some more rural shows in their area.

“We’re looking to pump up the new album, which is in the writing stages. We’ve got tour plans in Queensland in a few months, and just hoping to make it all around the country. We’ve done capital cities quite a few times, but we haven’t gone to any rural areas yet. We’ve done WA rural shows time and time again, and it kind of help expand a bit when you’ve got a good touring budget going.”