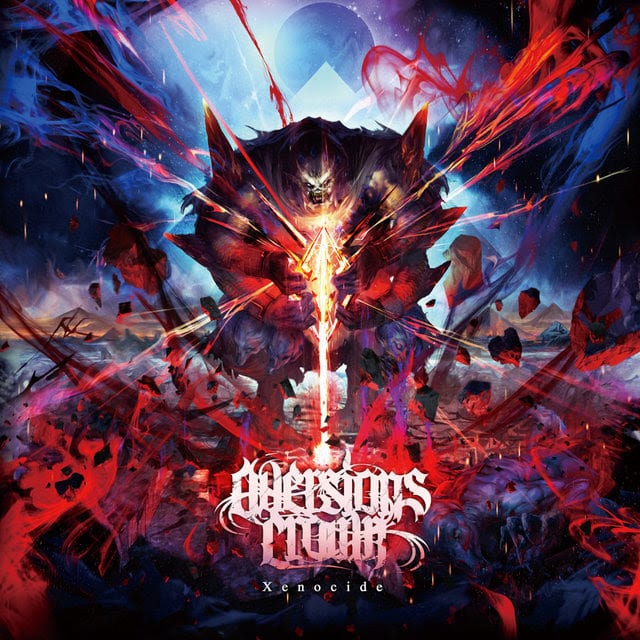 Taking over as vocalist for an established band is always a challenging proposition, particularly in the death metal genre where fans seem to be more passionate than other forms.

When Mark Poida took over frontman duties from Colin Jeffs in Aversions Crown, he knew he had big shoes to fill but also knew he was up to the task.

“I was a bit nervous to begin with,” he admitted, “because I knew vocally I didn’t sound much like their old singer and I didn’t know if that was the sound they wanted me to go for but as I got into the band they said just do what you want to do, it’s your spot now, which gave me confidence. They encouraged me to put my own influence into it and make it the way I wanted it to sound which was cool. Everyone has been super supportive of what I’ve done, and I’ve gone to the rest of the band to see if some things were okay and they told me not to even ask and just do what felt right. I feel right at home with the band now, and it’s been an absolute pleasure writing an album with them.”

That album is the recently released “Xenocide”, an album which Poida has had a massive input on from both a performing and writing perspective.

“I just wanted to do what I do vocally over Aversions and see how it all sounded,” he said modestly, “and it came together really well, so that was basically my goals for my first album with the band. Record an album that sounded like me over Aversions Crown and also make sure that the album was hooky and sounded good which I believe it is. It’s mixed really well, so the goal was pretty simple: just make a good album. It’s simple, but it’s true.”

Rather than preside over a generic metal album for his first effort, Poida decided to make the album conceptually based, with a major emphasis on extraterrestrial activity.

“The concept is one big story,” he explained, “that spreads over all of the tracks. It tells the story about the lives of an alien hierarchy and the fall of it and the creation of humans and then what happens to the aliens within that hierarchy and why they split apart and why they decide to fight against each other. It’s based more from the alien side of things as opposed to the human side.”

Watch the track video of “The Soulless Acolyte”

Watch the lyric video for “Ophiophagy”

Watch the drum play-through of “The Soulless Acolyte: