Music Photographer Rod Hunt has been a singer in countless bands and currently fronts Summonus and Hostile Objects. His photographs have been published in major international and local publications as well as online websites including Kerrang!, Terrorizer, Metal Hammer, Rolling Stone (Australia), Blunt, JMag and Heavy Magazine. He’s done photo shoots with bands and musos like Corey Taylor. Dave Mustaine, Down, Opeth, The Bronx, and much more. He’s witnessed the transition from film to digital, from print to online, from the inside. Often more online these days for, Unbelievably Bad (for which he’s the Photo Editor) and Desert Highways. Also, Rods’ recorded pictorially music festivals on numerous occasions like the Big Day Out, Soundwave, Homebake, Splendour, Byron Bay Bluesfest, and Meredith Music Festival. He has also covered international music festivals including Rebellion, Hellfest, With Full Force and Wacken (Germany). Rod has also garnered countless awards.

This week sees him having his first solo exhibition – Rod Hunt: Portraits, Pits & Punks’ – being held in Sydney, Australia. I began by asking if he used any guidelines for choosing from such a large career of photographing the many aspects of live music. Maybe chosen were favourites that have stuck in his mind, did friends help pick, or perhaps amongst those to be shown were his first photographs published here and overseas?

He said “It’s not that worked out. They’re from lists. I narrowed it down, again and again; it’s a mix of stuff. I didn’t want it all to be from the one period, or all black and white, or all colour, I’m trying to show, a cross section of live photos, portraits of musicians, and band photo shoots – they’re the three main (categories) that are in the exhibition).” About thirty to forty photos (will be shown).

To get a grasp on his origins, I asked Rod of his first interests in music and albums in his music collection and was told the Hard-Ons and Mass Appeal. Venues he frequented included the Sutherland Royal, Penshurst Den, being from the Shire (southern part of Sydney, Australia) and the Caringbah Inn – commenting “I recall seeing the Hellmen there once and taking some really bad photos of them (laughing)”. And in the city, his haunts were the Journo’s Club, the Lansdowne, Hopetoun and the Evil Star Hotels. I asked about his first camera. Rod told me “My sorta’ first camera was my parents. It wasn’t a very good camera; I used to take that initially, then I bought an SLR camera.”

I asked why did he pick up a camera? “I went to gigs and got excited about it… not many people were doing it”, taking photos “just to take them and look at them, I gave copies to friends if they wanted some, and a band if they wanted them. There was no great reason behind it, just for the fun of it. But I kept on doing it, got more into it, and hopefully got better at it.”

Fanzines were where a wider selection of people saw his photos. “I didn’t start to get stuff published beyond fanzines until 1998. The Drum editor took me on, and I started going to gigs every weekend to put photos with their live reviews.”

I discussed other photographers that have inspired him… “Tony Mott was an inspiration as he was what I saw regularly in the weekly street mag.” Maximum Rock ‘n’ Roll was a good reference. “A photographer in there called Murray Bowls, I remember liking his photos a lot, as he used to photograph a lot of punk gigs. Other photographers include Ross Halfin, Glen E. Friedman, punk photographers like Jenny Lens, 70’s Mick Rock, and Charles Petersen – “he photographed a lot of Subpop bands in black and white… a lot of live stuff… and it’s really cool.“

I asked Rod about music festivals overseas that he shot and what kind of experience that was. “Yeah, that was exciting.” First was in 2004 in Leipzig, Germany, called In Full Force and still using film at that point. “I went on my own, and that was a bit weird – not speaking German and not many speaking, or wanting to speak, English… the bands included Turbonegro and Rose Tattoo. Hellfest in 2006 and went back there in 2009 too. Wacken in 2007 followed and band photoshoots in his spare time on these occasions were with bands like Napalm Death, Turbonegro, and In Flames. 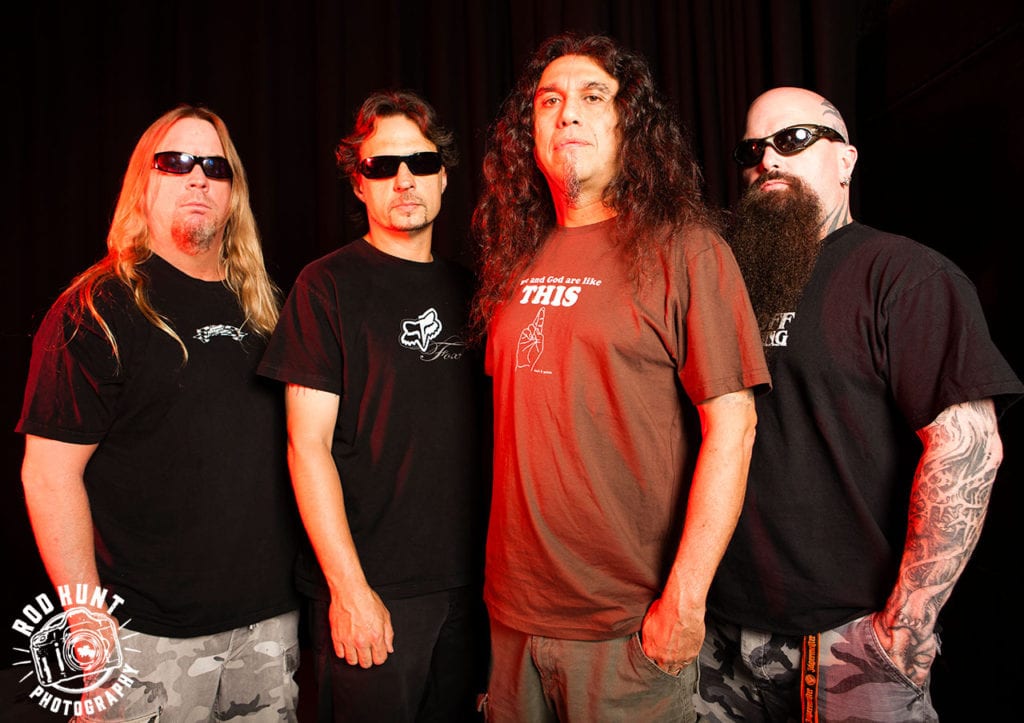 Above: Slayer by Rod Hunt

What’s keeps you motivated? “I’m still excited photographing music, ” Rod told me, “and it’s still a challenge. You always think the next photo you take will be the best one. Even though you’ve taken a million photos, you still think you can get a ‘better’ photo or capture something that you haven’t before or try to find a different angle. I tend to photograph bands I’m into where I can – that’s not always the cas, but that always helps, if it’s a band I’m into that usually inspires me, the music inspires me to try to capture something that you can see and hear, in a still image.”

We discussed the present and future of photography, about countless people now trying to shoot gigs. Hunt added “It’s sometimes more interesting to shoot the small gigs as less people are shooting them, or no one at the gigs, so you’ll get photos of a show that no one was photographing it… Portraits are interesting to me now too. Portraits of musicians. Some will be in this exhibition but there’s a lot more I won’t be showing that I’m still working on that I’ll eventually show.”

I finished up with asking Rod what is a Spinal Tap moment that he’s had. “I had to shoot a gig at the Horden (concert venue), must’ve been for the Drum, the band Mars Volta are about to come out, and I get my camera out to find I had a camera but no cards in it and no one had a spare, so I had to use a little compact digital camera. It was horrible… but I managed to get a few usable ones off that (laughing) that got published. Not my best photos.” He confirmed that these didn’t make the cut for the exhibition.

Below: Down by Rod Hunt 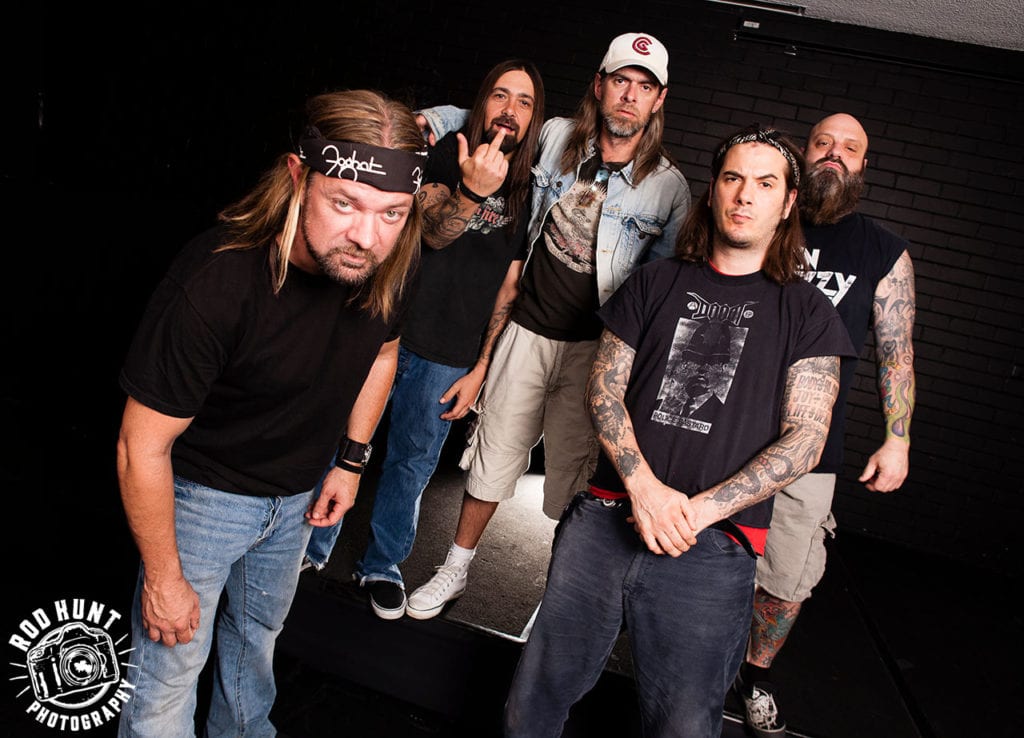