Intervals guitarist and mastermind Aaron Marshall is in the unique position of having been in the same band that has gone through life as both an instrumental project and one with a vocalist.

From humble beginnings as a solo project, he has seen the band through a number of musical evolutions but still finds it difficult to draw parallels between having a vocalist and relying on music alone.

“I don’t know if there’s necessarily a list of attributes or benefits that are one over the other,” he measured.

“Maybe the dynamic is different in terms of the relationship that’s going on on-stage and the crowd. I mean, I’m only really able to interact with my words during banter between songs so it kind of removes that element but I think it also lends itself maybe to a little bit more interpretation. From the listener’s standpoint it’s probably more applicable on the record than it is live but I’m not really sure, to be honest (laughs). That’s something that… that’s a really good question… because I wouldn’t say one has benefit over the other. Think about how prevalent EDM culture is these days and people are willing – not necessarily willing, but it’s totally normal to pile into a 20,000 capacity space and watch a video screen with a person the size of a peanut, which is fine and I love those kinds of things, but really you’re going for the production at the end of the day.”

Listen to the full interview to hear the expanded answer to that question, Aaron’s thoughts on Interval’s first headlining tour of Australia, an in-depth history on the band covering their different musical compositions, the reasons why he used a vocalist on one album and then discarded the idea, being forced out of his comfort zone by expanding the initial solo concept and the pros and cons of using a revolving combination of musicians in the studio and on the road. 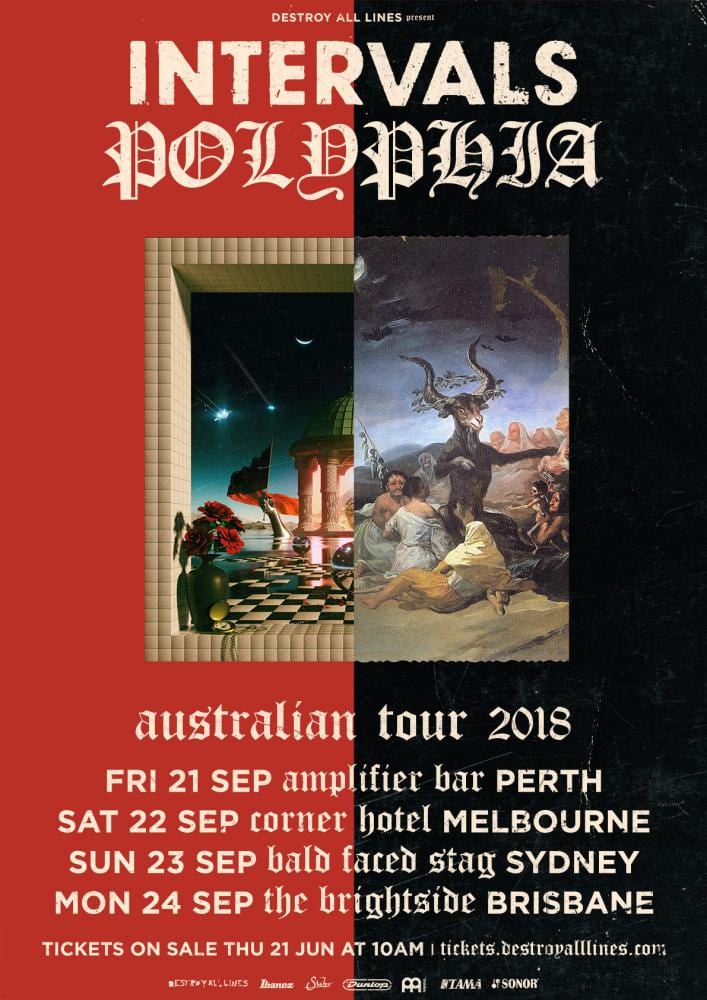