In the INTERIM between Escapism and Long Journeystt 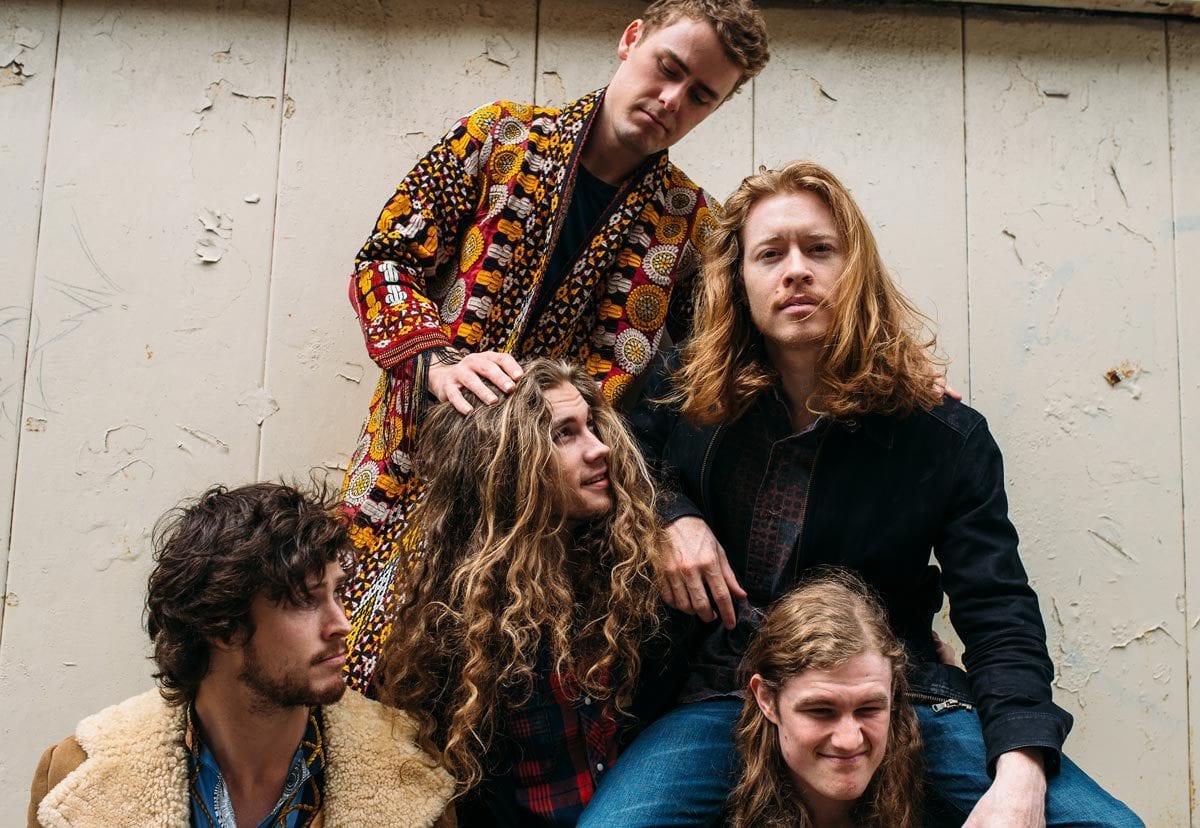 On the eve of the release of Interim’s debut album, bassist Jock Houston is kicking it at Bigsound, a bouncing ball of smiles. “I probably shouldn’t tell you this, but today was a gorgeous day in Brisbane! It’s the weather we’ve been waiting for [at home] in Sydney and here it is!” Smooth, outgoing and entertaining, from the confident expression with which Houston speaks, you’d never have thought these last eight years were a labour of love for Interim to reach this one pivotal point in time – the release of debut album, Escapism. “Holy shit! It’s something we didn’t rush,” says Houston. “We’ve been mates since high school; this started around 2007 doing pub gigs in Toowoomba where we’re from. Ten years later and we’re really happy to have waited this long before doing an album. I didn’t think three or four years ago; we would have been in the frame of mind to create something like this.”

Hard rock with a little blues lick dashing through, in Escapism, Interim merge the two genres in a slick motion – they weren’t always quite so slick, however. “We started off as a grunge band originally, but I guess even through a couple of years in that prog-rock scene, we found our space which is more in blues rock, with rhythmic elements in metal and hard rock!”

Interim has an amazing sound, a vintage sound you might say, given the time it’s had to age – Escapism is the soundtrack of Interim’s long journey. From high school friends in Toowoomba to band mates and house mates in Brisbane then down to Sydney, in their pursuit of a career in music, Interim have only ever known each other. This detail screams of a unique bond, the kind of relationship, the patience, that very few humans have – but the last nine years must have come with it up and downs, and certainly its fair share of blood sweat and tears. “Almost nothing but!” laughs Houston.

“You look back, and you go, ‘Holy crap, I’ve put up with the same people through thick and thin, through crap gigs and the best gigs we’ve ever played.’ It is a focus for us that that relationship is at the core [of it all].”

“It’s been one of those things,” Houston continues, “That you couldn’t possibly do it unless you were best mates that all lived together or cooked meals with each other, take care of each other when you’re sick – it’s a big polyamorous, big gay relationship!”

Houston’s unabashed statement is refreshingly fantastic to hear. “I know the metal scene isn’t very good with their own gender identity and potentially a little homophobic, but that’s exactly how we see it [Interim]! We see it as a big gay relationship that is sexless, but fuck it!” he laughs.

Though a family unit has been established in the band, it’s not just been about them. Interim has amassed a great number of people along the way, with continued support and encouragement that’s reflected in the album and how it came together. “It came together because of exactly that: because we had a fanbase in these cities that essentially paid for us to go into the studio for a fortnight straight. None of that would have happened without them.

“We’re very family-centric with our fans, they’ve been on the journey with us for so long, and it does feel like more of a journey than a collection of songs. I think it’s because they know, at any single gig, each night; it’s like an open invite to come along and be with the family that night.”

As an independent band, Interim’s close-knit methods have been reflected in how they release their music too. Like a relation giving a gift on a birthday, Interim has revealed one new song each month right up to the album’s full release. “Social media, we’re lucky to have big followings, we’re an emerging national touring band, not a big stalwart member in the scene – we’re conscious of where we’re at, but it’s been phenomenal, it’s been exhausting but really, really cool to record our music in our way. I think the big thing for us, once we had the album and decided to release it in a way that our fans wanted, and that seemed to keep a real buzz going in the band over the past ten months. I wouldn’t wish it on my worst enemy because you’re constantly trying to sort mixes and videos and each master is a daunting process and exhausting. But it feels so damn good to be releasing it, showing it to all the people who’ve been with us on the journey, and to all the new people who, maybe, couldn’t give a shit at all,” Houston adds candidly.

Interim is an established collective but certainly will have people who will, if we are to ignore Houston’s last comment, love their sound and love what they do. It’s interesting to find that while Interim is currently on tour in support of the album, they won’t be calling any one of their old haunts home. “It’s gotten to the point where Sydney feels like home, and the show we did there recently was, like, we couldn’t have asked for anything more amazing! I’ll never forget that gig. But we’ll play Brisbane then Toowoomba – they all feel, weirdly, like the same home gig. I love that.”