Innuendo To Screen In Australia 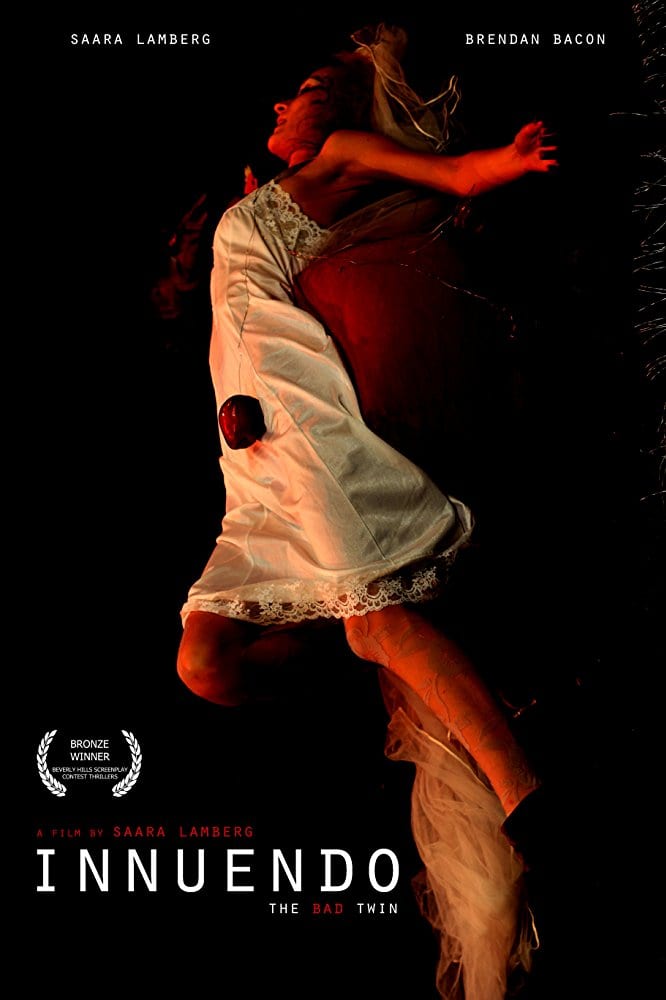 Already being compared to the dark masterworks of David Lynch and Roman Polanski, Innuendo – the bold feature debut from Finnish-born, Australian-based writer/director/star, Saara Lamberg – is unlike anything else you have seen produced in Australia. Part psychological thriller, part dark comedy, Innuendo follows the repressed, psychologically fractured Tuuli (Lamberg) from Finland to Australia, where she daringly throws herself into the world of life modelling. Moving out of the shadows cast by her complex relationship with her angelic twin sister, Tuuli is soon torn between two very different men – the sensitive Thomas (Andy Hazel) and the rough, charismatic chainsaw sculptor, Ben (Brendan Bacon) – and begins a startling journey of self-discovery.

“My aim as a filmmaker is to make work that moves the audience, whether it’s with love or hate or disgust or admiration, I don’t mind. If watching my film leaves the audience ‘cold’ or if they think my work was merely ‘nice’, I’ve failed. Having a bath is nice. Eating a good dinner is nice. Scratching an itchy spot is nice. If experiencing my work sparks up conversations, or internal thought processes, then it’s worth the ticket price that you paid.”

Innuendo will release in cinemas on October 20, exclusively at Cinema Nova.

On October 20, Cinema Nova will host a very special screening of Innuendo followed by a Q&A with Saara Lamberg and members of the film’s cast and crew. There will also be life drawing models, a competition to win prizes from the film and plenty of surprises.