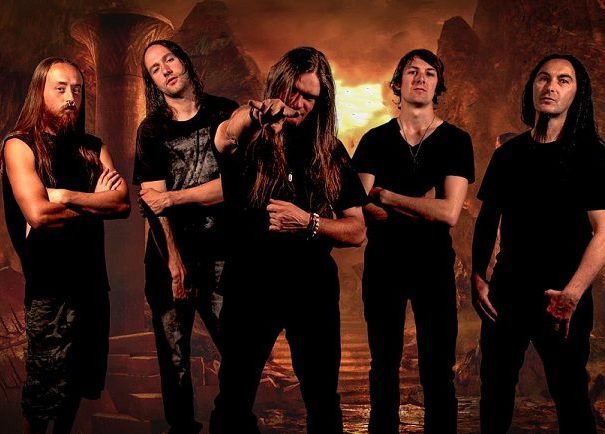 “The more Aussie bands that are exposed the better.”

Melbourne thrash metal outfit Incrypt are gearing up for a landmark 2022.

After two decades of building their brand and their music, Incrypt’s efforts have finally been noticed by a major label, with Wormholedeath singing the band late last year.

On February 25 the band will release their first album under their new label titled Thrashing Extinction, but first they venture to Sydney for the rescheduled Metal Alliance Festival which will be held at the Factory Theatre on February 19.

Featuring Incrypt, Temtris, Warrior Within PureEnvy, Kallidad and more, Metal Alliance is a truly national metal festival, showcasing bands and music from across the many levels encompassed by metal in a celebration of all that is good about the metal landscape in this country.

We begin by stating the obvious in that after a tumultuous past two years it must be an almost surreal feeling to be so close to heading back out on stage for a full blown metal performance.

“Absolutely,” he enthused, “hanging for it badly. (There’s some) great bands. We’ve played with a few of them before, but yeah, it’s gonna be a great night. Alex is doing a great job with it. It’s been knocked around a bit, but we’re very keen to get on it and looking forward to seeing some Sydney fans out there.”

In the full interview Mars talks more about shows like Metal Alliance and their importance to the local music scene, Incrypt’s signing to Wormholedeath, what benefits that brings for the band, the upcoming album and some of the tracks on it, blending elements of punk through the thrash metal, sonic experimentation, the current state of thrash metal in Australia and more.