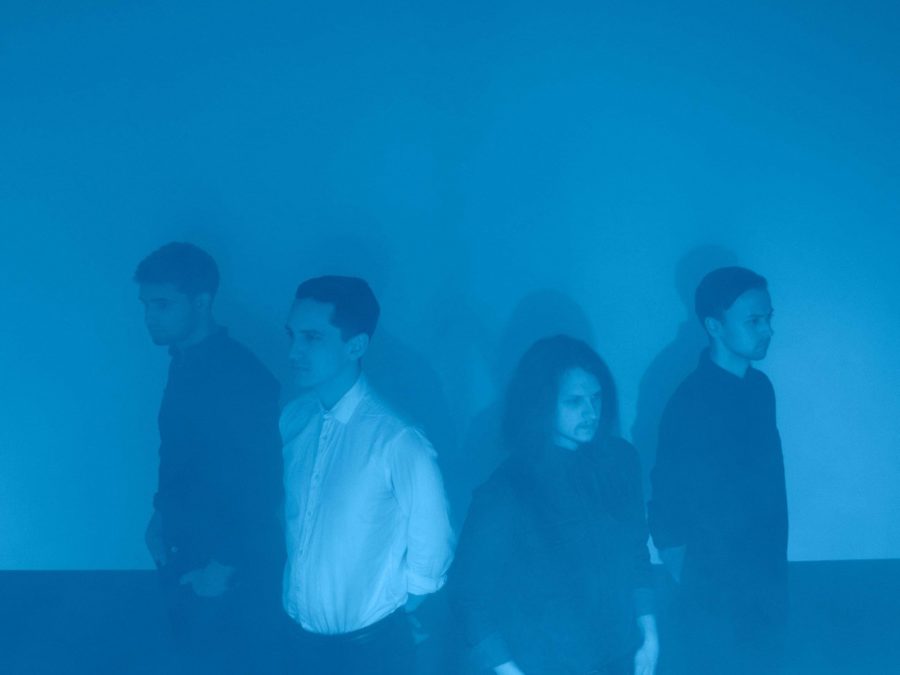 Words by Will Oakeshott

A famed Russian artist by the name of Wassily Kadinsky discovered inspiration through multiple mediums in his process of creation, as countless artists do. A notable piece of his entitled Impression III: Konzert – translated to Impression III: Concert – was in fact inspired by the witnessing of a concert featuring music of distinguished Austrian composer Arnold Schoenberg in 1911.

This experience was said to have changed Kadinsky’s whole artistic theory; the utilisation of the word “Impression” in his work referred to a series of paintings that reproduced a direct expression of an internal nature from his encounters, such as music in this instance. The aforementioned picture is said to have been a representation of his overall impression of the musical performance.

Although it had occurred over a century ago, Norwegian post-metal blackgaze quartet Sundrowned indirectly yet wholeheartedly understand the instance described above; more significantly, the outfit embraces the connection between the art-forms. When approaching the imagery the band wanted to use for the cover art of their debut album Become Ethereal, a similar concept to Wassily Kadinsky’s methodology was undertaken, and the result is truly momentous.

“The album cover for Become Ethereal was actually drawn live in concert by artist Bernhard Østebø while we played through the album in its entirety.” Guitarist, vocalist and mastermind Jone Amundsen Piscopo describes. “So the art is a direct reflection of that moment in time and our music. It is probably the coolest thing we’ve gotten to do as musicians this far, and we hope to get to do more stuff like that.”

The hypnotic artwork is a flawless representation of the musical journey Sundrowned have constructed in the eight tracks presented. A roaming adventure into a brightened and almost weightless atmosphere that transcends time only for the observer to be brought back to reality at the completion of a song momentarily, or at the full-length’s conclusion where gravity eventually heaves the listener back to Earth. As Jone enlightens HEAVY from his home, the record’s idea lyrically is assigned to multiple elements that is somewhat illustrated by the artwork, but also numerous emotional characteristics.

“The core concept is my interpretation of the soul as something less spiritual and more emotional,” he said. “The album has a very inward focus, and so the character focus of the lyrics are either from my perspective and a reflection of major thoughts or specific events that had a particularly emotionally charged memory associated with it. But while the album is definitely conceptual and centred around those themes it doesn’t have one overarching story to it, it’s a lot more fragmented abstract.”

Astonishingly, Become Ethereal is in essence a “chapter” to what the four-piece have embarked upon. This release, as
chronicled by the fantastic Fysisk Format record label is: “The first album in a series exploring the different facets of humanity seen through the lens of classical alchemy and the search for perfection”.

For their first LP, the viewpoint navigated the concept of the soul in the form of memories; it therefore plagued this scribe to ask what the subsequent chapters may navigate?

“There will be an overarching concept rooted in that alchemy symbolism that I mentioned earlier that will also be reflections of different aspects of humanity.” Mr Piscopo clarifies. “Become Ethereal was soul and air, then there will be Earth and body, fire and instinct and water and mind. That is the plan for now at least, the specifics might change, but the theme will be there. There might be a fifth one as well, but we’ll keep some cards close to our chest.”

Emerging from the west coast of Norway, a nation that has spawned arguably some of the greatest metal outfits over the last four decades, Sundrowned will assuredly find themselves at the forefront of the new wave of young post-metal/blackgaze trailblazers to continue carrying this heavy music torch. With a deep history in progressive innovative bands that materialised from the same region including: Ulver, Emperor, Kvelertak, Dystopia Nå! and numerous others, it became a point of interest to ask whether the environment or Norwegian DNA possessed by these musicians provokes such virtuosity?

“There is ancient knowledge hidden in the water from the melted glaciers that all Norwegian bands drink from on a daily basis. I think the association with nature in a lot of Scandinavian music comes from the fact of how small the country is.” Jone articulates – “So because all of our cities and towns are smaller than more densely populated countries, you’re always surrounded by nature. Like with Haugesund, where we’re from, you have the open ocean to the west and some smaller mountains closing us in to the west. There’s also a culture for hiking and general nature walks that means most people are exposed to wild nature in some sense during their lives. Not to mention that nature is such an integral part of our art history. From the paintings of Johan Christian Dahl and Lars Hertervig to the music of Edvard Grieg.”

Since the pandemic has disrupted to nearly destroyed live music and the prospect of touring, it has not been an easy task for bands to promote their art in the standard “release and tour” format. For Jone Amundsen Piscopo and his Sundrowned project this has been an immeasurably difficult hindrance to navigate, as it is for almost every artist worldwide. Although the situation is riddled with doom and gloom, there have been glimmers of hope which Mr Piscopo (and the globe) have aspirations that will continue onwards and upwards.

“It’s been a ride, man.,” he smiled. “We’re so eager to get out there and promote it with as many shows as possible, but it’s just not feasible yet. We did get to host a sold out release show though which was a very special evening for us and there are some shows in the near future, but we can’t wait for things to get better, so we can go in guns blazing.” He expresses assertively, “Getting to tour internationally some time next year is absolutely a part of our ambition, but we’ll just have to see how it goes!”

To conclude, it seemed logical for this writer (who included Become Ethereal on his midyear “Best albums of 2021” list) to enquire what would Jone’s dream line-up be to celebrate the LP on a global scale: “The Cult of Luna tour with Holy Fawn and Caspian is probably as good of a line-up as we could dream up ourselves. So here’s to hoping we’ll get to be part of something like that some time in the future!”