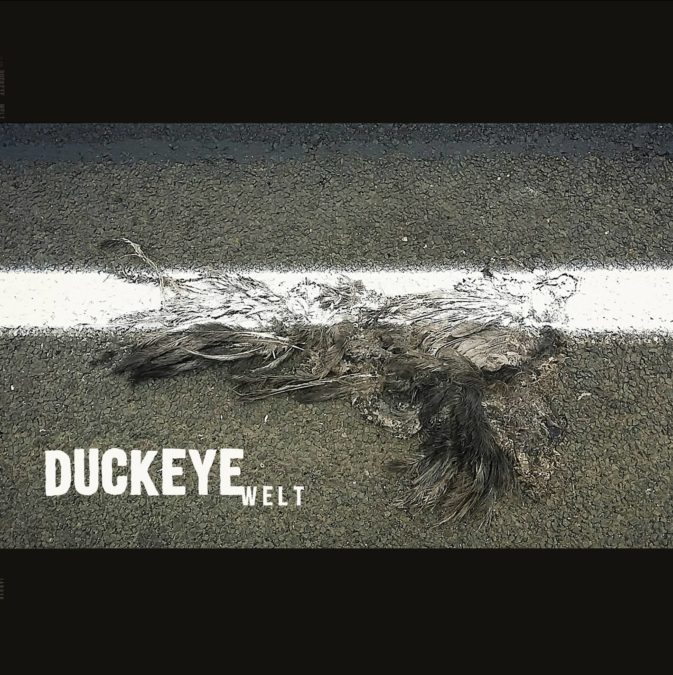 When you hear the words ‘acquired taste’, context is everything.

When it comes to music, it more often than not means the singer takes a bit of getting used to and/or the band sound like the musical equivalent of a mossie stuck in your tent. And so it is with I Am Duckeye, a Melbourne punk/noise trio who have unleashed their fifth album, WELT.

A jarring excursion through 10 songs of sonic disorientation that just may be, you guessed it, an acquired taste.

Or at least that’s what the first two tracks would have you believe.

Sifting starts off with the kind of tune you may have heard Frogstomp era Silverchair bash out at a soundcheck until a pissed off Mike Patton shoves Daniel Johns away from the microphone and starts to bark. It’s an interesting introduction.

Mango Tree maintains that interest with it’s de-tuned bass sparring with the off-key notes of the guitar. The drums maintain the rage of the previous track, and the vocals begin to evolve into something other than a chainsmokers cough.

Sunny’s at Mass sees the lads move into a more conventional musical format, helped along the way with a call and response vocal approach driven all the way by a driving bass line and crashing drums. Something that Loopstations builds on whilst retaining the anxiety-inducing atmosphere of the first two tracks.

From here, I Am Duckeye play around with tempos within the template they’ve created, like the stop/start Sleep followed by the more frantic Night Cuts.

Frankston Burial then delves into something altogether heavier before Mum’s Wine does its best impersonation of a catheter by taking the piss out of a suburban mum’s love of grape juice.

BIC teases a more palatable take on punk for the best part of 80 seconds before doubling down on their heavier instincts. But this light and shade approach is incredibly effective.

The album’s 40-minute running time is closed out by Wise Cowes. Four and a half minutes that don’t offer any surprises, but absolutely drives home everything that has come before it.

So while WELT may well be an acquired taste, it is certainly is worth persevering with. And who knows? Maybe after a few listens, that fake smile might not be so fake after all.