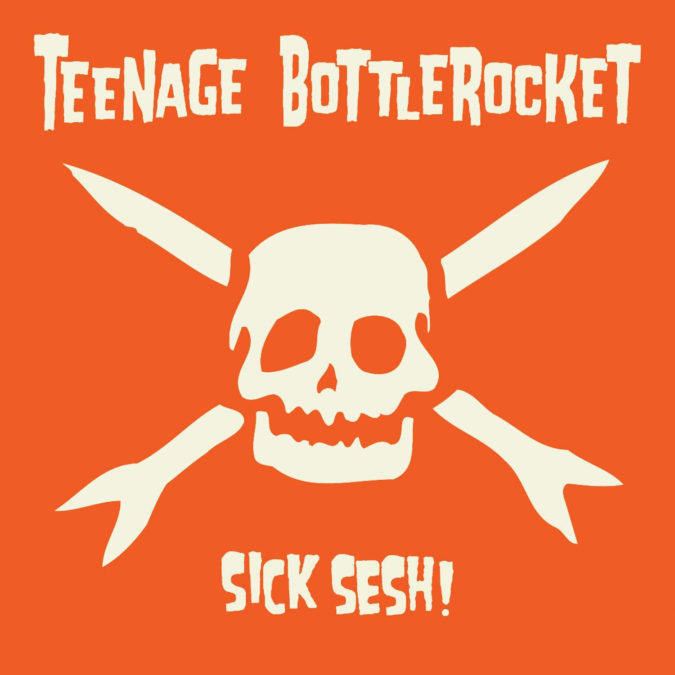 Teenage Bottlerocket have been entertaining us with their brand of pop/skater punk for the best part of twenty years. Regular album releases and a heavy touring schedule has seen their fan base grow to the point of having over 230,000 monthly listeners on Spotify alone.

But if they haven’t been on your radar, and you’re wondering if they should be, ask yourself this. ‘When I see someone older than thirty attempting ollies at the local skate park do I….’

A) Marvel at their dedication, or
B) Mock them as a manchild?

If your answer was the former, you’re in for a treat. If it was the latter, then prepared to be won over.

Because Sick Sesh! is an album that has an energy, and more importantly, an authenticity that belies the age of its exponents.

Semi Truck starts things off with the kind of drive that The Offspring wished they still had.

A few short minutes later and Ghost Story gives an incredibly catchy take on the afterlife.

The next couple of tracks maintain the quality and the energy but then Teenage Bottlerocket allows their grey hairs to show, lyrically at least, as Strung Out On Stress moans of marriage and kids before Statistic goes a little deeper and darker.

But from there on in, the years are peeled back. Make no mistake, this is high energy, quality punk pop that defies the band’s vintage.

Tracks such as Theoretical Reality and Gorilla Warfare have an authenticity and catchiness that their contemporaries, along with their major label contracts, would kill for.

This album is a must for anyone who has marveled at that middle-aged guy in the skate park, but more importantly, it
is a wake-up call to anyone who has forgotten how much fun it is to be a man-child.