THE ASCENDED: The Dark 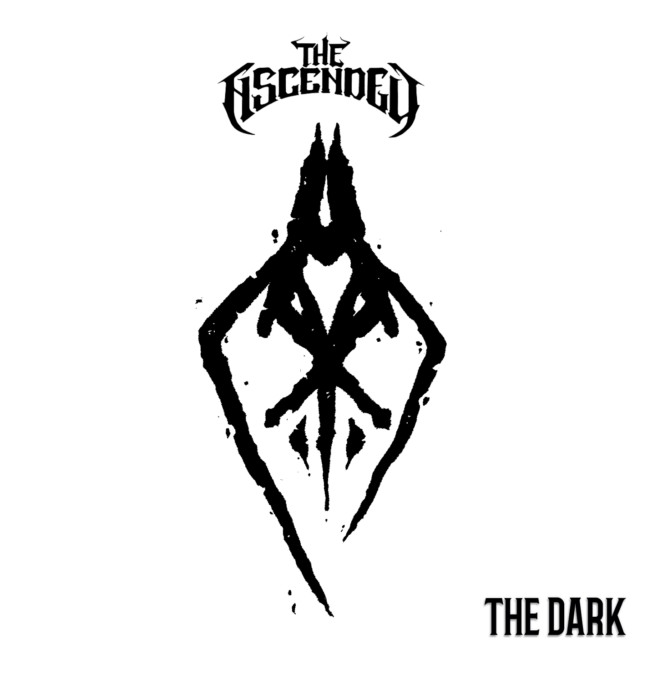 The Ascended, sounds like this could be a Christian rock band, but with an album name like The Dark I’m thinking this might be a metal band because those good Christian blokes don’t like to mention spooky dark things.

Some good old-fashioned metal riffing opens the album and is backed by some solid chugs before it rips into some pretty solid metal groove. Yeah, it’s heavy, and I highly doubt these blokes are a Christian rock band … thank Christ, or fuck Christ or something like that.

Hardcore style vocals lead us through the verses, and doubled voice over vocals takes over in the bridges. At some point the vocalist falls into a pit of doom and his vocals echo cathartically over heavy melodic guitars. Punishing riff after punishing riff takes us on our journey to the end of the track, where we again lose the vocalist in the pit of doom. That was Blood Of the Father, and it was a killer track to kick off the album with.

Title track The Dark launches straight into a heavy groove right from the get-go, and it’s not long before heavy vocals launch us through the verses. The chorus opens up, and we hear some clean vocals layered over heavy screams. Dual guitars lead us into a heavy breakdown and the song again throw us back into its heavy grooves. Rinse and repeat the song’s earlier verse, bridge, chorus section and another dual guitar harmony takes us into a haunting chant to end the song.

Four hits of the china, and we are launched into Anima Mea, or “My Soul” so google translation tells me. Non-stop double kicks drag us along with heavy groove guitar riffs as heavy vocals drag us through the songs versus and choruses. The song doesn’t really let up and just continues to deliver heavy groove after heavy groove, and a breakdown, a heavy as fuck, groovy as fuck breakdown. Think Devildriver with heavier, thicker vocals!

The guitars throw us from right to left, and the drums drag us back into the centre in the opening of Embrace The Suffering. This is groove metal, straight up groove metal, and these blokes from Melbourne are doing the genre name real justice. Elements of Thrash, Hardcore and Melodic Metal keep it interesting throughout all the groove, and we again hear clean vocals on this track which are a refreshing break between the heavy vocals that skull drag us through each track.

Strength In Numbers launches straight into some serious Metalcore riffing which surprisingly doesn’t disappoint me, and once it pulls back into the groove for its choruses I’m hooked. This is a banging, heavy track, relentless and unrepenting. Then it ends abruptly, or does it? No, it’s just unleashes, again, even heavier!

It’s time to go to Hell and Back with an intro reminiscent of early Metallica or even earlier Iron Maiden melodic dual guitars. Classic metal riffing over modern double kick drum patterns flow beneath call return vocals throughout the verses and bridges. The melodic guitars of the intro riff launch us into a simple chorus before burying us in another super heavy breakdown followed by a fast-paced bridge and ensuing guitar solo. If you had to pick a single on a heavy album, I’d pick this one!

Next up is Shadow Walker, which is much of the same, and I don’t mean that in a bad way. Groove, Thrash & Core all blended into one sweet mix of heavy! We again hear the clean vocals blended in with layers of heavy screams. I should probably mention the bass player here, not that anyone cares about bass players, but the bass seems to push through a bit stronger on this one, and you can really hear him holding together the non-stop heavy grooves. Pretty killer guitar solo at the end of this one too!

We’ve nearly got Through It All with only three tracks to go, and this track of the same name thrashes us into oblivion before picking up where its predecessors left us on the groove train. I’m not sure that metal songs are meant to have catchy choruses, but this one sure does. Not that the heavy syncopated double kicks and guitars aren’t enough to grab
you and keep you hooked.

Impermanence, is it just me or does that sound like some kind of erectile disfunction?

Funnily enough, the definition is relevant. Not to this song though, this one’s hard. Well, at least until it gets a bit soft, for a brief dark moment. Okay, enough of the puns, let’s get this done … but not too quickly.

Death Reigns From Above, chug chug chug chug chug. Holy fuck this song chugs, it chugs hard. All 2 minutes and 50 seconds of it. This one had me opening up a circle pit in the office with the Pug and the Staffy. Well, they kind of just looked at me with a confused head tilt and a tinge of what the fuck in their eyes.

I may be a little biased, but Australia has some of the best metal talent in the world, and The Ascended just stamped their authority on that claim. Absolute banger of an album! I can’t wait to see these guys on the road once the filthy Rona fucks right off.

Anyway, FCK CRNA and listen to The Ascended!