Despite a gruelling week onset of the next season of Fat Pizza, Johnny Boxer (Bobo) still found time this week to answer your questions, and all with a smile on his face!

This week we broach the subject of how the filming of the latest season is going, when it is coming out, funny stories from the set, how he met Paul Fenech (in a story he allegedly hasn’t told anyone in full yet), Johnny’s own music and the songs he has covered, the first place he will visit after lockdown and the age-old question of dating.

Don’t forget to read the piece on Johnny’s life below the audio to gain a rare insight into the man behind one of Australia’s most loved on screen larrikans. Trust me when I say there is more to this great man than a pizza coat and chainsaw…

Sitting across from the heavily tattooed, deep-voiced, devilishly smiling and mischievously natured ‘who knows what’ kinda man for a third time now (this occasion on the rooftop of Surry Hills Royal Exhibition Hotel) a 35yr old aspiring writer had realised something even further intriguing about this guy.

A discovery she had quite possibly been in search of her entire life. On the lookout for inspiration to change her manner of writing in a unique way she had picked up classic novels and almost immediately put them back down, attended poetry slams and workshops, however, nothing seemed to interfere much with her already creative style. She still hungered for something more.

Stumbling upon and admiring the quote “Everything is nothing with a twist” by Kurt Vonnegut it occurred to her how simple yet seemingly unattainable it could be to play with words in a rebelliously impressive form.

There was something more to this Johnny Boxer she thought as he swashbuckled bourbon after bourbon and spoke as if he were performing in a play which would no doubt be rated ‘R’, ending most lines with his pirate-like HA HA HA.

As their friendship journeyed further through time and via cobbled mayhem then back again, the aspiring writer found that Boxer had the knack for revealing things you may have never thought to exist. Worlds behind walls. If you see it once you’ll see it all. He knew how to open those doors.

A wealth of knowledge he had derived from experiences most wouldn’t dream of occurring; it became known to her that when JB is around just about anything could go down. His quick wordsmithery and colourfully electric mind ensured there was never a boring moment as creative sparks would always fly.

While many would know of him as an Aussie larrikin type who’d have fits of laughter roaring around nearly any pub in Sydney, very few knew the true nature of his poetic voice. The brilliance in his scribe. His underlying thought or purpose in his stride. And just as he is well known to be a bad boy by behaviour he also would deny the written rules of writing. Quite easily.

When the writer eventually asked him what his secret was he simply responded: “It’s confidence…”

She learned from him that rules are an illusion, perceived limitations delude. There are none. It’s just all make-believe. And believe me, he pens his own.

You’ve heard his voice out loud, but just wait until you see his words playing around on a sheet of paper without any sound…

Watch  Deuces D Myndestry’s version of “Bang Bang (Let Me Buy You A Drink)” below: 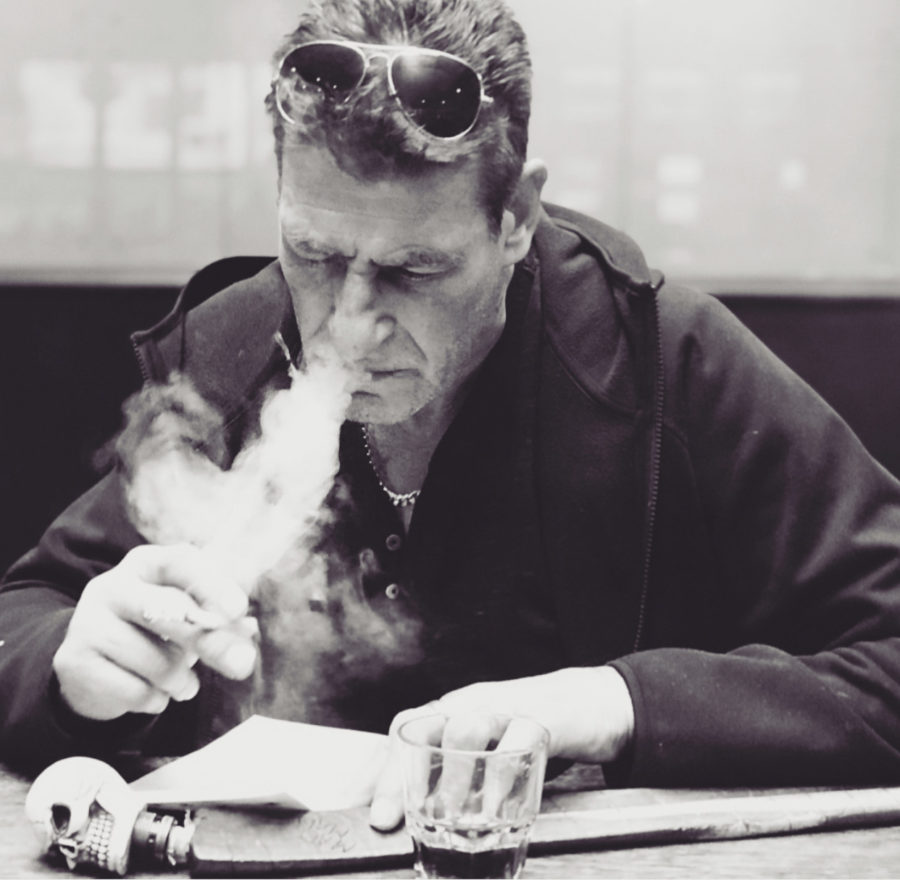