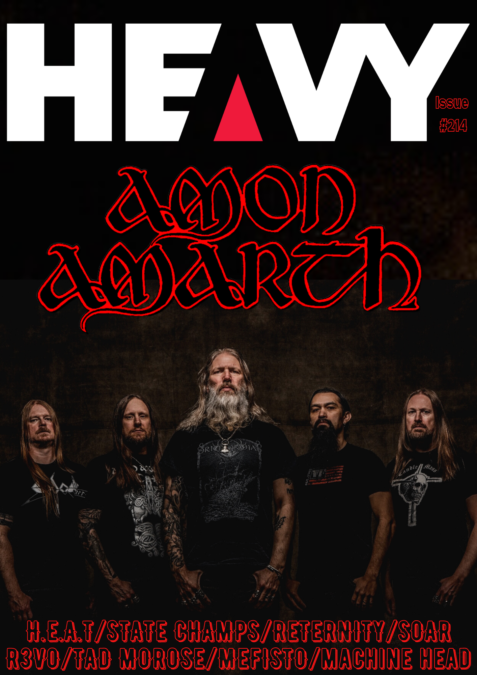 It’s been a big week for releases, with Amon Amarth and Arch Enemy both with new albums out or on the way.

With Amon Amarth’s out this week we took the opportunity for a chat with the boys, which then became our featured cover so enjoy!

We’ve done a lot of talking this week, so kick back and also enjoy interviews with Machine Head, H.E.A.T, State Of Champs, Hellz Abyss, Reternity, Mefisto, R3VO and Tad Morose.

There’s plenty of new music to listen to from MSG, Bourbon House, Kingsmen, Vented, The Early November, Terra, Dying Oath, Brymir, Wolfheart, Chloe Trujillo & Mark Dalbeth, Anti-Flag, Ripper Owens, Bullet For My Valentine, Dust Prophet, The Occult and In Flames, plus our review team gives you the verdict on the new ones from Amon Amarth, Arch Enemy and livecomfortdie.

On the news and touring front you can find out about happenings with Hatebreed, Burned In Effigy, One Electric Day, George Thorogood and Better Noise Music and if that’s not enough check out HEAVY cinema for the latest news from Hollywood.

Who needs air when you have metal?