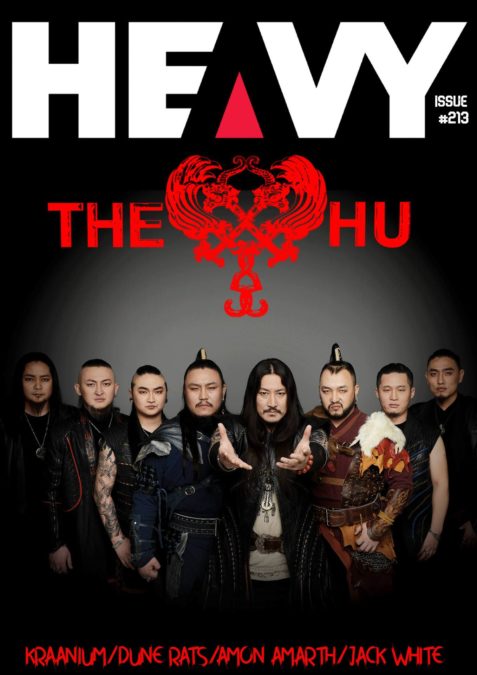 The Hu are finally coming to Australia and have pretty much sold out every show already! Despite the language barrier just knew we had to chat with these guys so with an interpreter in hand off we went to find out more about the tour and new album Rumble Of Thunder that comes out in early September.

It’s quite an interesting listen, which is why The Hu have made this weeks cover. We also speak with Kraanium and Dune Rats about their tours and music, plus we are proud to premiere the new songs from Somnium, I Have Four Names and The Poor.

There’s a tonne of new music from Society Of Beggers, ZZ Top, Ghost, Cold Night For Alligators, Orianthi, Behemoth, Xenoborn, Of Mice & Men, Belushi Speed Ball, The Gloom In The Corner, Grooms Bride Is A WHXRE, Hollywood Undead, You Me At Six, The Devil Wears Prada, Devils Witches, SMITH/KOTZEN, Heartline, Deadscape, Eaten By Sharks and Crossing I’s Dotting T’s PLUS we bring you tour and music news from Hellz Abyss, Gypsy Pistoleros, Epica and Faster Pussycat.

There’s some great albums out or coming out, and our review team give you the verdict on fresh albums from Amon Amarth, Jack White and Banks Arcade and if that’s not enough then wrap your eyes around HEAVY Cinema with all the news, reviews and previews from Hollywood.

How good is metal?