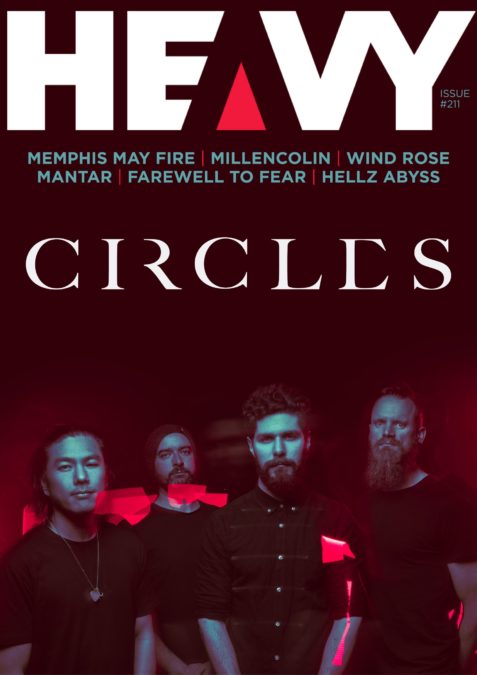 It always gives us at HEAVY a warm, fuzzy feeling when we get to put an Australian band on the cover, mainly because we don’t just hand them out because we are patriotic.

Bands have to deserve their time in the spotlight, and it gives me pleasure this week to grace Melbourne rock outfit Circles as our featured artist, talking about their first music in four years and upcoming tour.

During the week we also caught up with Millencolin, Mantar, Hellz Abyss, Memphis May Fire and Farewell to Fear and present each one for you in all their glory!

There’s a round of touring and music news from The Retaliators, Blacken Open Air, Amon Amarth, Defleshed, Metal Blade Records, Guns N Roses and Metal United World Wide PLUS we review the new albums from Wind Rose, Schandmaul and The Motion Below.

On the other side of entertainment, HEAVY Cinema has all of the goss from Hollywood so whether its music or movies you are after, HEAVY has you covered!