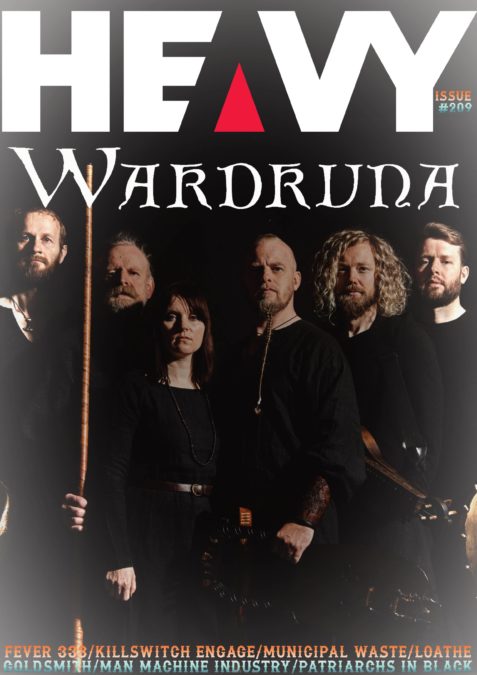 It’s been a monster week at HEAVY HQ, so let’s get into it!

This week we feature Wardruna on the cover, talking about their new live album. We also catch up with Killswitch Engage, Fever 333, Municipal Waste, Goldsmith, Man Machine Industry, Loathe and Patriarchs In Black, plus we have the honour of premiering the new tracks from Beast Machine and Punish.

Our review team goes over the latest from Superheist, Ghostsmoker, RatKing, Muzzlemouth and Our Dying World and Jimmy Glinster is at it again with an awesome review of the recent King Parrot show at The Zoo in Brisbane.

There’s all of the usual stuff from movieland courtesy of HEAVY Cinema so kick back, crack a drink from Groglords and remember, most importantly of all, stay HEAVY.