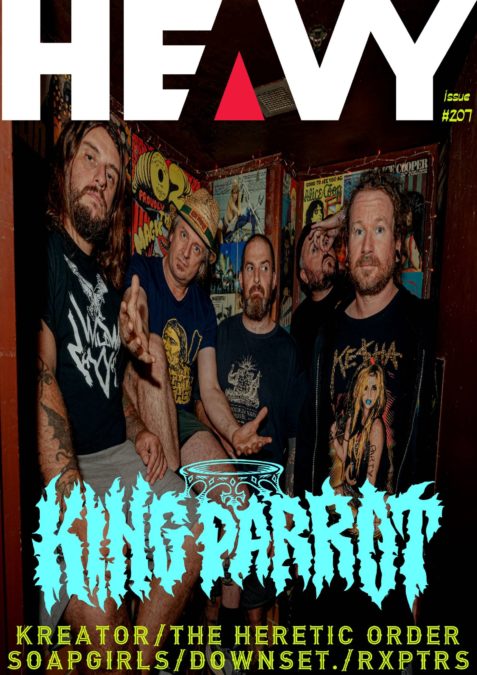 Good afternoon ladies and metalheads and thanks for joining us for DigiMag number 207!

This week we feature Australia’s own King Parrot as our cover artist, with vocalist Matt Young detailing the current Regional Rampage tour amongst other things.

We also catch up with The Heretic Order, downset., The Soapgirls and Kreator, with Superheist and Inimical Drive both doing us the honour of premiering their new tracks through HEAVY.

We review the great new albums from RXPTRS, Crobot and DAMPF and there is also all of the news, reviews and interviews from Hollywood in HEAVY Cinema.

That should keep you busy until tomorrow’s Australian Artists DigiMag, but in the meantime, stay HEAVY