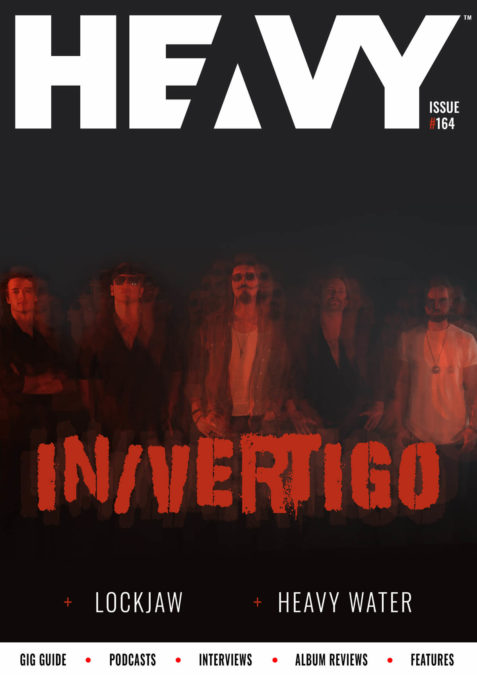 We’ve got a bumper DigiMag for you this week, starting with Canadian hard rock outfit In/Vertigo who grace the cover talking about their new single Chains.

Lockjaw and Heavy Water also stop n for a bit of an update on their new music and plans, so this week is the chance for you to get up to date on some new bands you may not have heard of… YET

There’s updated news on the delayed release and tour for The Screaming Jets, plus Nightwish have remastered an old classic and Burning Point have all the details of their upcoming album.

Jimmy Glinster reviews the latest albums from Malison, RiseuP and Parallax while in HEAVY Cinema we review the new movie The Boraville Murders, plus interviews one of the stars from that movie, Enough! Lebanon’s Darkest Hour, The Ice Road and more.

We feature the new trailer for Clint Eastwood’s upcoming film Cry Macho, plus bring you up-to-date news on I Am Toxic, and The Champion Of Auschwitz.

That should be enough to carry you through tonight until tomorrow’s Australian Artist DigiMag!

Until then, stay HEAVY