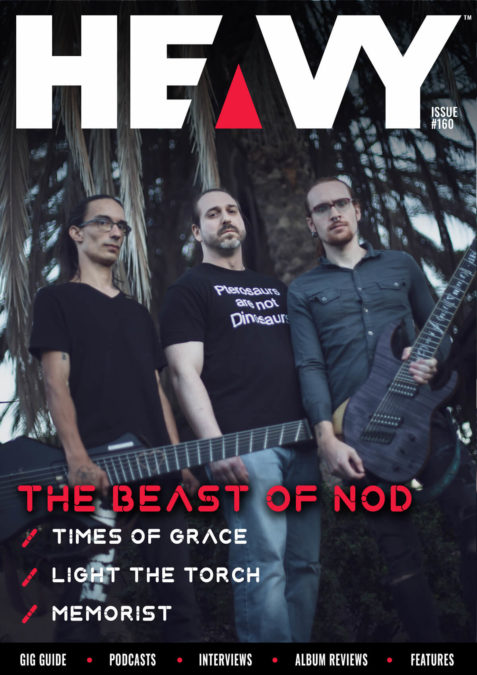 When I say we have a bumper issue for you this week, I mean BUMPER!!!

The Beast Of Nod feature on the cover, talking about their fascinating new album MultiVersal that has to be listened to fully to be appreciated. We also speak with Times Of Grace, Light The Torch and Memorist about their new music.

We review the new albums from Maya, Switchfoot and Times Of Grace plus we feature the new products from Jackson guitars, Charvel, Gretsch and EVH plus Bacon’s Slices gives you some handy tips on utilising Spotify to its full potential.

In HEAVY Cinema we interview the star of Gunpowder Milkshake as well as reviewing that film plus the new Space Jam and Little Joe.

We also have some great giveaways including copies of The Dark And The Wicked and tickets to see Gunpowder Milkshake.

There’s that much in there that we thought we would release it earlier than usual to give you time to get through it!