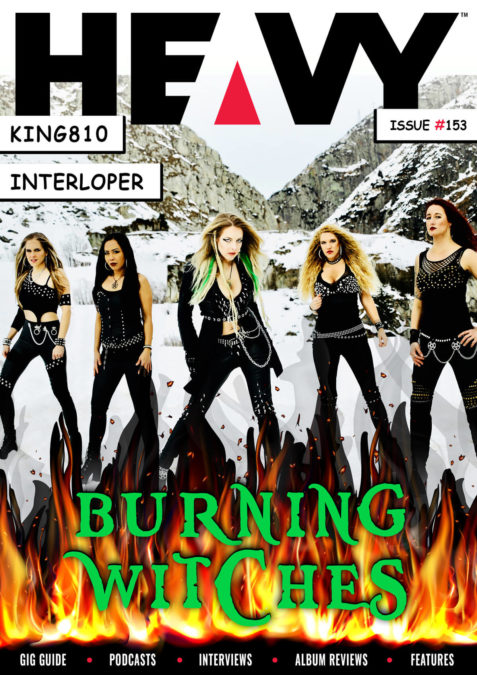 This week’s DigiMag has plenty to keep you occupied in the meantime, with Burning Witches our cover story, talking about the release of their latest album The Witch of the North. David Gunn from King 810 gives us one of the most intense interviews in our 153 issues while Interloper and Beyond Deviation both drop in for some couch time.

We review the new albums from The Devil Wears Prada and Pop Evil plus we feature a live review on Grinspoon frontman Phil Jamieson‘s solo concert.

HEAVY Cinema features interviews with the stars of Black Water, The Walrus and the Whistleblower, Introducing Jolea and Farm to TV, so there’s a bit of something for everybody.