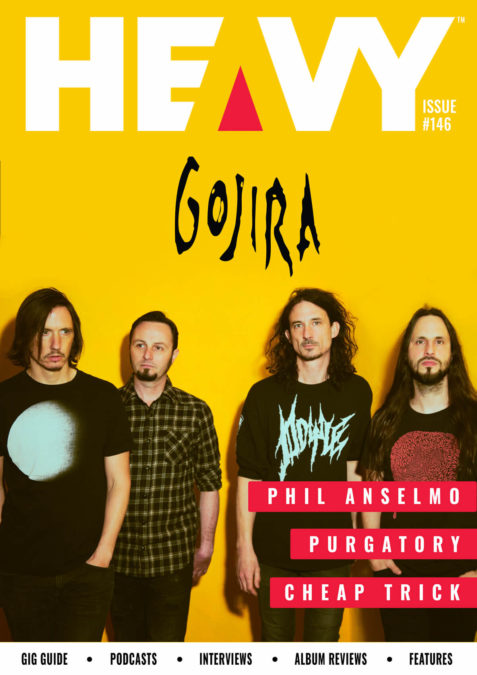 We have heaps to get through this week so no mucking around!

Gojira are the cover feature, with drummer Mario Duplantier stopping in for a chat about the band’s new album Fortitude.

Purgatory also stop in to talk about Lawless To Grave and Phil Anselmo answers some questions about this weekends A Vulgar Display Of Pantera Livestream event, while Rick Nielsen also talks about Cheap Trick’s new album which will be out this Friday.

HEAVY Cinema brings you interviews with the stars of Godzilla Vs Kong, I’m Not In Love, Bottom and Wheels, plus has the new trailers for Loki and Black Widow!

Strap yourself in metal lovers, because this week HEAVY has you covered from almost every angle.