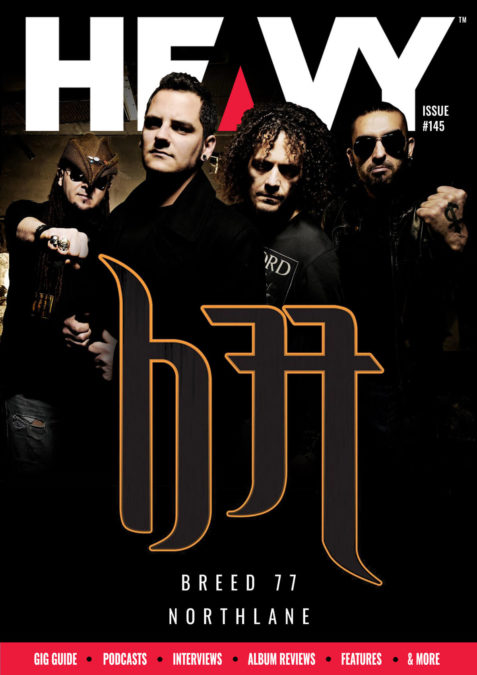 After the recent three day scare in Brisbane, it is a sign that we shouldn’t take anything for granted over Easter. Sure, it’s a time for holidays and especially the kids but don’t forget that there is this thing called COVID that looms large in the lives of everyone around us so for the sake of the music world please do the right thing this Easter. It’s only a mask FFS and if Slipknot can do it…

This week HEAVY is proud and humbled to bring to you a world-first exclusive interview with Breed 77 who have officially announced their return. We catch up with all four band members in an entertaining chat that covers the past, present and future of this legendary band so set yourself aside 30 minutes or so to get yourself fully up to date on what is happening with Breed 77.

Northlane also stopped in for a chat to talk about their latest single “Clockwork” and future music plans so wrap your ears around that one also.

We feature the latest news on Diskust‘s show at the Crowbar in Sydney with Awake In Time, Through It All and Engraved as well as reviews of the latest albums from Immerse, Wheel and Hidden Intent.

HEAVY Cinema is also bursting at the seams with reviews of new movies Witness Infection, Nobody, Tom & Jerry, Disclosure and The Father, while we feature the new trailers for Spiral: From The Book of Saw, Star Wars: The Bad Batch and Wrath Of Man.

There’s also an interview with one of the stars of Disclosure plus we reveal the cast of the new Obi-Wan Kenobi feature.

So while you’re kicking back eating chocolate this weekend don’t forget to listen to/read HEAVY’s latest Digimag. It might not cure CORONA but it will sure make it easier to digest.