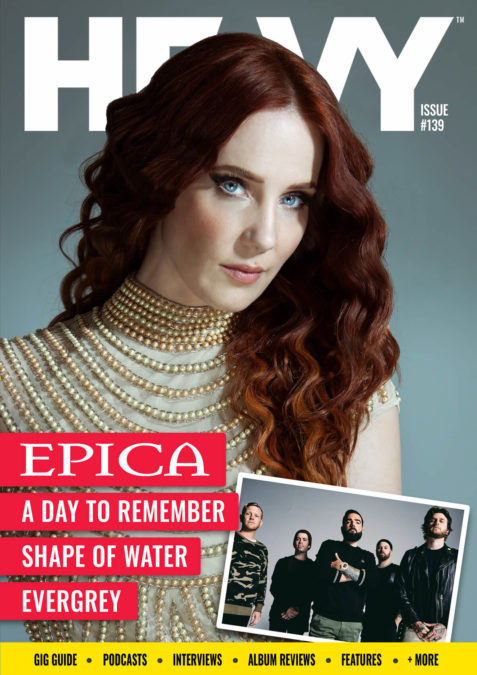 How quickly things can change overnight…

I went to bed last night with a clear head, excited about this weekend’s Si-Fest concert and generally loving life.

When I woke up today the world was even more of a shambles. Some unseen hand decided – without warning – that news and entertainment based Facebook pages were no longer of value and subsequently and systematically destroyed thousands of dreams and years of hard work with the brush of a keystroke.

Not just HEAVY, but ALL music media sites have been restricted with all previously published works now in limbo. I still can’t quite get my head around it but press on I shall!

These weeks Digi-Mag is full of all of the goodness they have tried to take away, featuring interviews with Epica, Shape of Water, Evergrey and A Day To Remember.

A couple of banger albums dropped this week from Inglorious and Pretty Reckless, both of which are run under the HEAVY microscope.

HEAVY Cinema has interviews with the stars of Zappa and The Witch of King’s Cross and we review Synchronic, Long Story Short, Another Round, Come True and Unsound while we also reveal the trailers for new movies June Again and Rain Beau End.

There’s also a Spotify playlist made up of bands and music that have influenced some of our recent interviewees so fuck Facebook and strap in to HEAVY on-line.

The music media needs each and every one of you now more than ever!