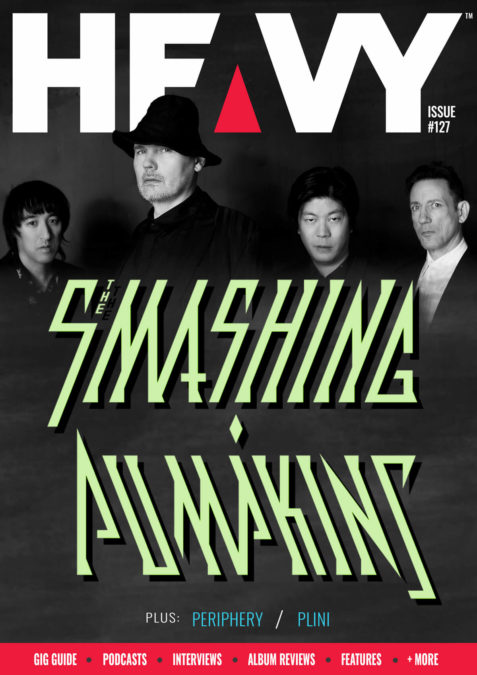 Hello once more from HEAVY HQ.

This week’s Digi-mag sees the debut cover story from one of our newest writers Kyra-Jade Coombs with none other than The Smashing Pumpkins! Drummer Jimmy Chamberlin sat down for a refreshing and open chat about the new album Cyr with Kyra who absolutely nailed it!

We also speak with Periphery about their live album and Australian guitar maestro Plini also talks about his latest effort.

Fierce Deity premiere their track “A Ballad of Heartbreak & Despair”, while we have news on a massive Australian festival set down for early next year featuring Grinspoon, Cog, Frenzal Rhomb and more.

George Thorogood pops up for a mention, as does Gojira and HEAVY CINEMA kicks back into overdrive with reviews of Let Him Go, The Craft: Legacy, Freaky and more.

Regular column This Goes To 11 is back and this week we debut a monthly column from Matt Bacon called Bacon’s Slices that aims to provide advice and knowledge to up and coming bands.

There’s plenty there for everyone so sit back with a JD and enjoy.