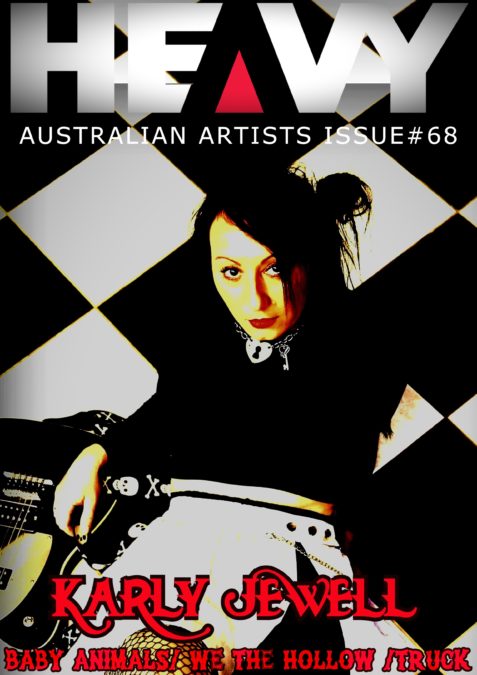 There’s plenty to love about music in Australia right now.

The first International tour of the year is underway, with Under The Southern Stars bringing Bush, Stone Temple Pilots, Cheap Trick and Black Rebel Motorcycle Club to our shores with a couple of shows down and more to come. Aussie legends Rose Tattoo and Electric Mary also feature on the whole tour.

Karly Jewell features on the cover this week talking about her new single Trouble We Are, plus Dave Leslie from Baby Animals and Truck stops in to talk about everything on his plate at the moment.

Brisbane metal outfit We The Hollow also run us through what their plans are for 2022 and the newly reformed SkinInc premiere their new track It Saved My Soul.

Metal Mistress is into its third week, this week focussing on the musical life of Scott Ian from Anthrax and Stormtroopers Of Death, with recent gigs Scene & Heard, UNIFY Forever and the Sydney leg of Under The Southern Stars all reviewed by the HEAVY team.

HEAVY Cinema features all the latest from Hollywood, including reviews of Dog and Turning Red as well as interviews with the stars of The Last Possession, trailers of the new Puss In Boots movie, Ms. Marvel and Sonic The Hedgehog and if you want some free stuff then check out our giveaways for Shattered and Masquerade.

Get out and about, catch a show and support Australian music wherever you can!