Karnivool ARE a musical enigma.

With an output of albums that only just surpasses one every half-decade, the band has relied solely on the quality of their music and the intensity of their live performances rather than constant turnover and it is a testament to their endurance that they remain firmly entrenched amongst the countries premier bands.

With a string of shows this weekend as part of the Good Things Festival, guitarist Mark ‘Hoss’ Hosking stresses that the band is almost aching to get amongst their diehard fans once more.

“You can expect our usual shenanigans as a band”, he laughed. “Lots of hectic, loud and rambunctious music and generally just running around the stage fairly flamboyantly – we’re not the most manliest of men – but we try to compensate on that with the music a bit [laughs] and try to have a lot of fun. We’ve been looking forward to this festival for a long time, to be honest. It’s a cracking festival and we had great fun there last year just wandering around and there are some really good humans associated with it so we can’t wait”.

With a stopover in Hobart en route to Melbourne for what must be the bands only failure to sell out a headlining show this century, Hoss concedes the burden of expectation could finally be starting to take its toll.

“We’re devastated that it hasn’t sold out”, he cried, tongue firmly planted in cheek. “We’re ready to call it quits and put in our letters of resignation. The honour is broken; we are no longer an honourable band – although I guess now we can tell people that we haven’t sold out… so that’s nice (laughs). It might give back a bit of credibility to the band”!

In the full interview Hoss tells of the difficulties in condensing their full stage production into a festival environment, their recent performance at NH7 in India, the intensity of their live shows, the bands general apathy when it comes to rehearsal and how it can actually be a good thing, the plan to re-release their three albums on vinyl, new music and why it takes so long to create, the possibility of new music being rolled out this weekend and more. 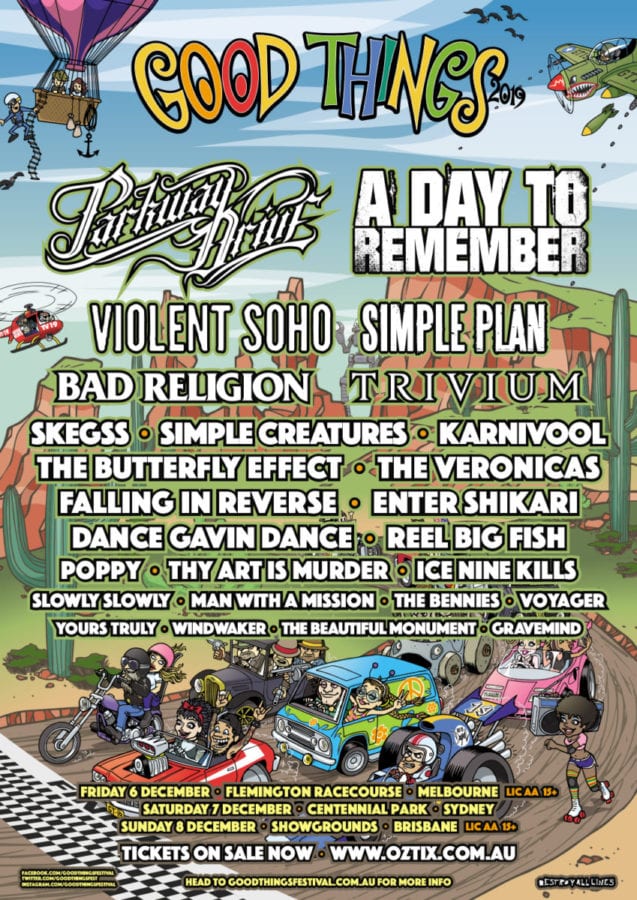