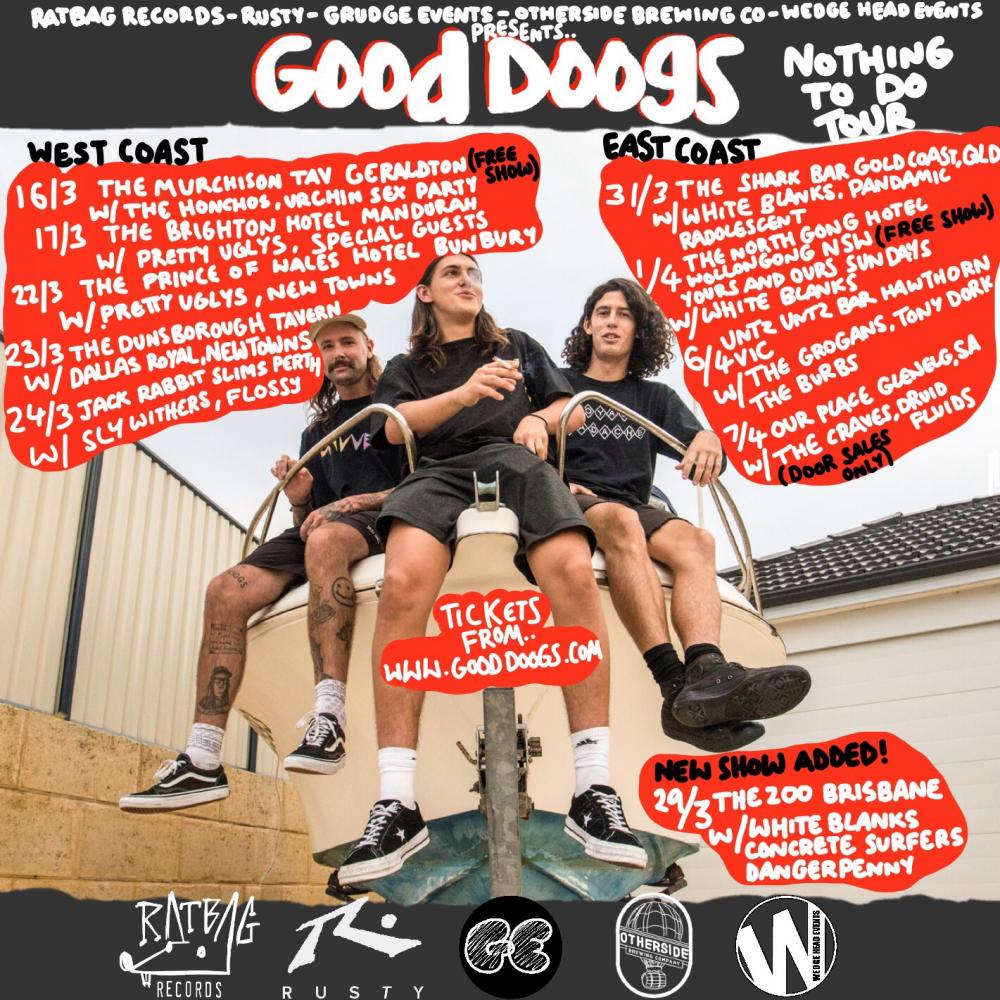 In under a year, WA’s Good Doogs have taken the West by storm. Forming in April 2017, they have already released a debut EP featuring singles “Tried My Best” and “Blue Skies, Wet Dreams” which have been featured by STAB Magazine, Pilerats, and major surf brand Rusty, as well as rotation on triple j unearthed, and RTRFM.

They then sold out venues in Mandurah and Perth, leading to a string of support slots for some of the best names in Australian indie-rock – Skegss, Ruby Fields, Good Boy, The Gooch Palms and Bleeding Knees Club.

They also recently sold out their second EVER headline show – cramming in (you guessed it) 420 patrons – in Fremantle, as well as being added to triple j spot rotation and featured on Spotify’s Local Noiseplaylist.
Step aside, The Doogs are now coming East.
New single “Nothing To Do” is an anthem for hot summer days when school is out and the surf is weak. It’s about hanging out with your mates and wasting time. The video (filmed and edited by Emma Smart) plays on the theme – showing the boys on an adventure in the hot summer sun, looking for something to do.
The Doogs are shaping up to be a major player in the surf-rock movement in Australia, jump aboard the ground swell of fun that seems to be following them. Don’t kook it. 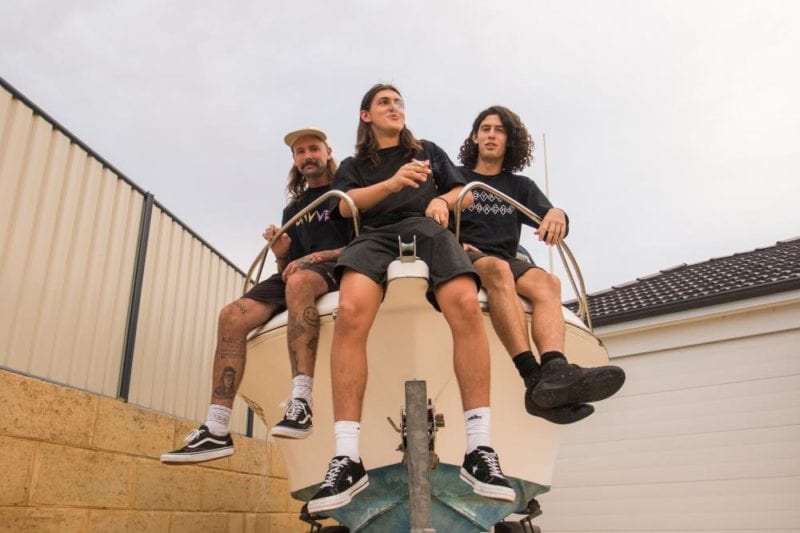