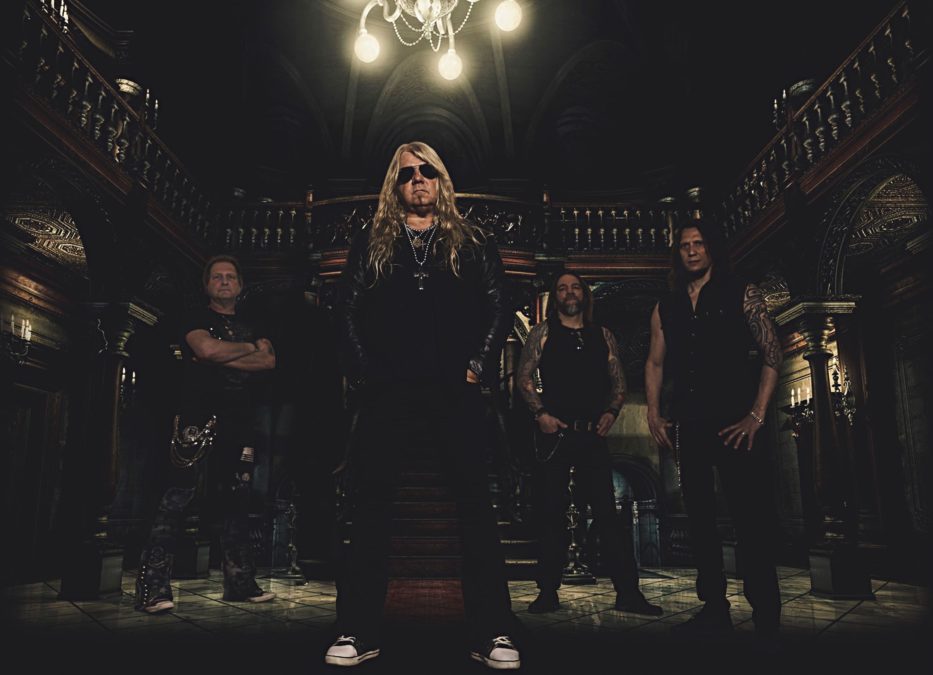 Legendary German metal outfit Sinner return this month with their latest album Brotherhood, three years after the previous album Santa Muerte and a staggering 40 years after the band’s debut album.

Formed and fronted by Mat Sinner, who, along with guitarist Tom Naumann also perform with Primal Fear, Sinner have survived two generations of musical upheaval and, more importantly, remained true to their craft throughout.

After experimenting somewhat with a more blues based rock sound over previous releases, Sinner have elected to return to their roots on Brotherhood, inviting a number of their friends into the band’s inner sanctum to provide guest appearances on the album.

Naumann joined HEAVY to chat about the album, with one of the topics of discussion focusing on the band’s approach to the album process after four decades in the game.

“It’s different every time,” he said, “because when you start writing an album it’s like a special period of your time. Maybe two years ago I was a happy guy because my baby was born, so I was happy, and my melodies were more flower power music and maybe two years later your Mum died, and you’re really depressed… even if you have a writing process it all depends on what’s going on around you. The social stuff is also very important, so I do not really have a formula. I only know if the album should be heavy or more rocky, then I can go in this direction. But there’s no real formula because you are influenced by everything that’s happening to you and around with your family and friends.”

Musically, Brotherhood is said to be closer to Sinner’s earlier albums than more recent offerings, with Naumann smiling warmly when asked about its sonic direction.

“We did two albums which were not really heavy, but more rock,” he explained, “and we had some blues stuff on it, and we also added a female singer. Then I had a talk with Matt in either September or October of 2020 and we discussed about recording and going back to our roots and back to the 90s where we recorded albums like Bottom Line, Judgement Day and Nature Of Evil which were pretty heavy. We decided to record an album based on the heaviness of the older albums, but we wanted to move the vibe and spirit from the 90s into 2022.”

In the full interview, Tom talks more about Brotherhood, going for a more international sound, the guest artists and what they brought to the music, the cover of a song by the Killers and why it was chosen, celebrating 40 years of Sinner, working with Mat and more.