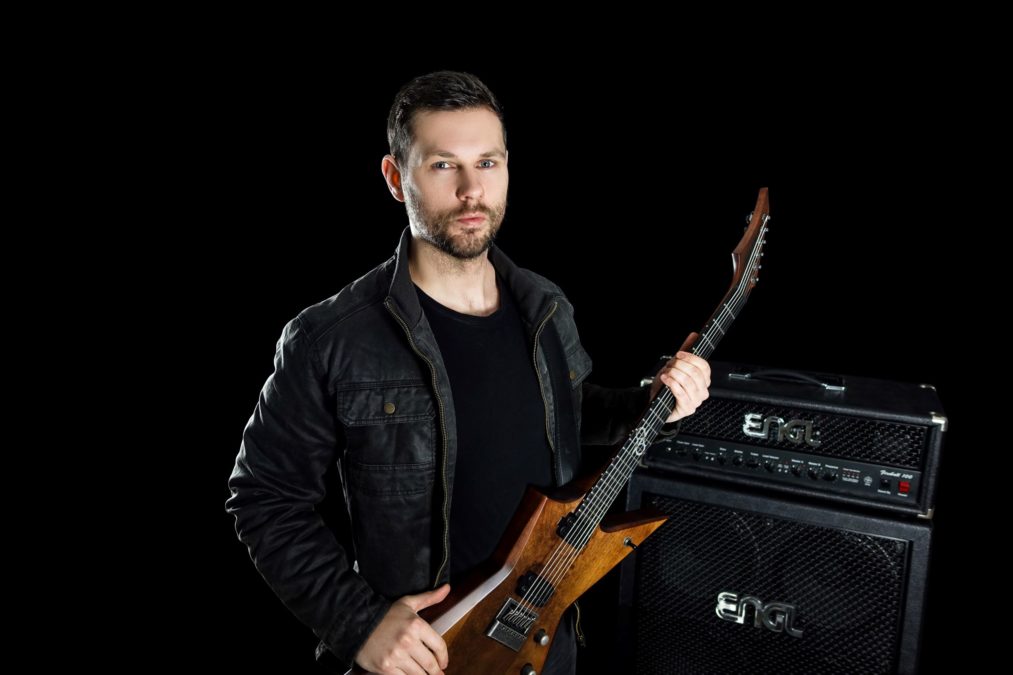 “It’s a bit of a Dave Grohl kind of effort. I tried my hand at everything.”

Warning Order might be a new project from the creative mind of Jordan Moore, but the band definitely doesn’t sound anything like the new kid on the block.

A solo creation by Moore – who recorded and played EVERYTHING on the recently released EP With Me…With You – Warning Order is a heavy outfit with just the right amount of influence from some of the heavyweights of the genre without being necessarily a carbon copy.

By utilising his many influences but structuring them into a way unmistakably his own, Moore has created a stream of music that, for a debut effort, is nothing short of amazing.

Moore joined HEAVY earlier this week to discuss the E.P and other exciting happenings with Warning Order.

“I’ve always been a fan of metal since a young age,” he began, “and some of my biggest influences are… I love the Scandinavian melodic death metal, so In Flames, Opeth, Dark Tranquility, At The Gates, bands like that. And then I love the American side of things, so Trivium, Lamb Of God, Machine Head, Metallica but then there’s some big Aussie bands that are an influence like Parkway Drive, and Thy Art Is Murder have given some in influence in some of my more recent songwriting as well, so it’s just an all round mixture of heavy and melodic. I don’t mind the odd acoustic passage here and there to give some dynamics to the music. I’m not reinventing the wheel. I’m not doing anything that hasn’t already sort of been done, but it’s just music that I wanna play, I wanna hear and enjoy listening to.”

In the full interview, Jordan talks more about the E.P, his musical style and where it comes from, doing everything himself so far and how he plans to change that if the project turns into a touring band, the singles released so far and how they represent his music, the eclectic nature of his music and how he makes it work, the next album and when it is likely to surface, future plans and more.