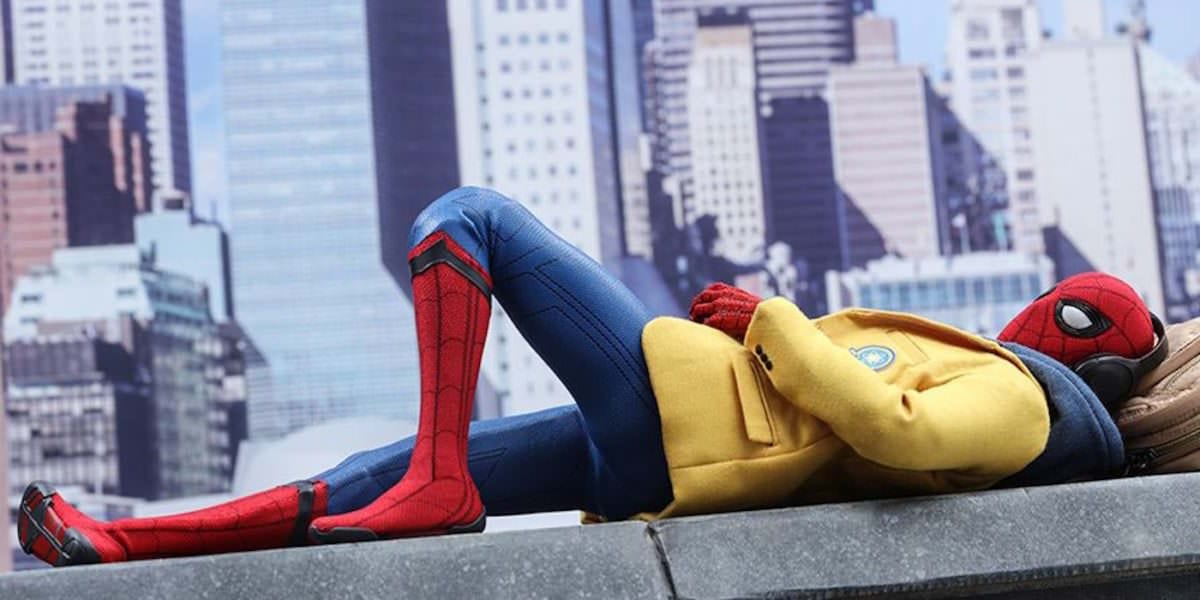 Spider-Man has always been a thorn in the Marvel Universe’s side. Having lost the rights to the franchise years ago, Marvel has only been able to watch as another company has tried to make a Spider-Man that works. Director Sam Raimi nailed it on his first try, but his subsequent movies never managed to re-capture that magic. Then the re-boot starring Andrew Garfield never even managed to reach anywhere near those lofty heights.

With five stand-alone Spider-Man films hitting screens over the past few years it is little wonder that some people are approaching Spider-Man: Homecoming with some slight Spider-Man fatigue. But fans shouldn’t worry so much because this Spider-Man is very different to what we have seen in the past.

Marvel is now very much in charge of Spider-Man, and they are very much on a high after the introduction of Tom Holland (The Impossible, Locke) as Spidey in Captain America: Civil War was received with favour. And with that in mind, it seems that Marvel, director Jon Watts (Cop Car, Clown) and his team of his screenwriters have set about doing things very different to the Spider-Man origins story that fans expected.

There is no spider bite or tragic Uncle Ben scenes in Spider-Man: Homecoming. Instead, the film picks up during Captain America: Civil War showing Tony Stark/Iron-Man (Robert Downey Jnr – Sherlock Holmes, The Avengers) handing Peter Parker over to Happy Hogan (Jon Favreau – Iron Man, Chef) to look after. But after the epic battle of Civil War Peter finds the life of fighting everyday crime in New York rather mundane and he is constantly seeking out Tony and Happy to try and get him back into ‘the game.’

Peter tries to fit back into an every-day life – living with his Auntie May (Marisa Tomei – The Wrestler, The Lincoln Lawyer), making Lego Death Stars with his best friend Ned (Jacob Batalon – North Woods, The True Don Quixote) and crushing on the beautiful Liz (Laura Harrier – The Last Five Years, 4th Man Out). But it is the life of fighting crime that calls Peter and while on a routine patrol one night he encounters the men of Adrian Toomes (Michael Keaton – Spotlight, Batman), a demolition foreman who watched his company go broke when Stark Industries took over his contract to clean up sites after Avengers’ battles. In a bid to save his company Adrian now raids these sites and builds weapons out of the alien technology – to the point that he has now created the villain The Vulture.

The fact that Jon Watts decides to steer this film away from the traditional Spider-Man origins story is a breath of fresh air. Skipping the parts we have seen in the past allows Tom Holland the make the role of Spider-Man his own – and while his version of Peter Parker is probably a little bit more sure of himself than the ones played by Tobey Maguire and Andrew Garfield the good humour of the film allows for audiences to warm to him very, very quickly.

Watts also rectifies what I have always criticised with Marvel films in that he overcomes the problem of not having a memorable villain in the film. While DC has always had memorable villains like The Joker, Harley Quinn and The Penguin, etc. most of the modern Marvel films, Bucky Barnes and Loki aside, have delivered the kind of villains that are forgotten before the credits have even rolled. Here though the screenwriting team have given The Vulture more characterisation even opening the film with how Adrian Toomes starts out on that journey. Giving the audience that kind of insight is a stroke of genius as it humanises the villain straightaway and any audience member can understand how he becomes the villain that he does.

The increased screen time for Adrian/The Vulture is also enhanced by having an actor with the acting skills of Michael Keaton in the role. Keaton is a strange choice given The Vulture’s similarity to his ‘character’ in Birdman, but somehow it works. Keaton seems to call-back on the acting performance of his nemesis Jack Nicholson in Batman and plays The Vulture in the same menacing way. The scenes between Adrian and Peter in the car make sure the writers deserve a lot of credit – the tension there is brilliant.

The other actor who seems to relish his role here is Robert Downey Jnr. Some may have thought that his inclusion in the film was just some kid of cheap way to try and link Spider-Man into the Avengers universe… but that certainly isn’t true. The writers have Tony Stark become a (reluctant) father-figure for Peter Parker, and that certainly shows a different side to the character. The scenes of Tony pulling Peter aside and chastising him about his reckless behaviour show that the character has certainly been on a journey since the original Iron Man and it does seem that Downey Jnr. put a lot of emotional work into these scenes which dispel those theories that he is tired of playing the character.

Watts and his team also steer the film away from some of the other weaknesses of modern day Marvel films by not having a huge God-like creature have to fight a mere man. There is no city-destroying battle like most comic book films seem to have these days and this, in turn, makes Spider-Man: Homecoming seems like a more believable ‘crime’ story rather than the far-fetched sci-fi elements of Guardians Of The Galaxy Vol. 2.

Spider-Man: Homecoming should silence those who have been critical of the Spider-Man movies over the years. It over comes to a lot of the issues that some Marvel films have had over the past few years and delivers a fresh and youthful take on the Spider-Man legend. Good performances from Holland, Keaton and Downey Jnr. enhance a relatively good script, and the result is the best Spider-Man movie since Sam Raimi’s original.

PrevPrevious.[FILM REVIEW] LETHAL WEAPON 30 Year Anniversary
Next.[LIVE REVIEW & PHOTOS] IN THIS MOMENT and Motionless In White at House Of Blues, Myrtle Beach SC, USA on 1/7/17Next