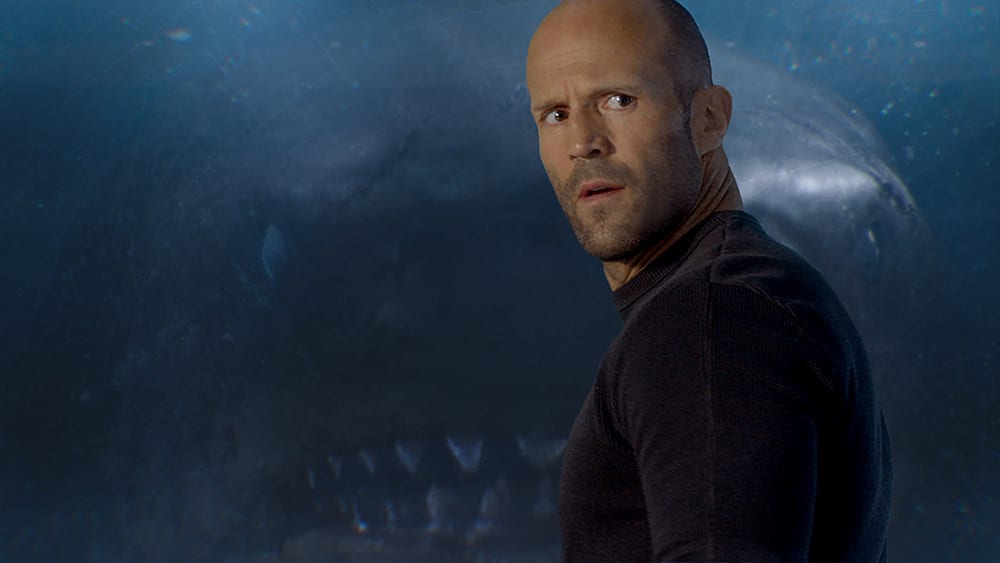 Probably one of the strangest conversations I will have this year about films happened after the Melbourne media screening of The Meg. Somehow I ended up in a discussion with somebody that said they couldn’t like the movie because it was ‘ridiculous.’ It made me stop and check myself for a moment… not just because I kind of liked the film but also because I couldn’t believe what was being said. Somehow when director Jon Turtletaub (Last Vegas, The Sorcerer’s Apprentice) sat down to make a movie that is pretty much a giant shark vs Jason Statham I don’t think he was planning on making a movie that would be considered serious, no this is a film for pure entertainment and in that department in delivers.

The story is pretty basic. Years earlier deep sea rescuer Jonas Taylor (Statham – Crank, Furious 7) was involved with a rescue that ended in the loss of life. While other experts including Doctor Heller (Robert Taylor – The Matrix, Kong: Skull Island)  and Taylor’s own wife Lori (Jessica McNamee – Battle Of The Sexes, The Vow) said that Taylor had cracked and was medically unfit he claimed that he was fleeing the scene because ‘something big’ had attacked him.

Now an ocean-based research facility owned by the mega-rich Morris (Rainn Wilson – Juno, The Office) and headed up by Zhang (Winston Chao – Road To Dawn, 1911) and his scientist daughter Suyin (Bingbing Li – Resident Evil: Retribution, Transformers: Age Of Extinction) is starting to make sceinftific breakthroughs but things start to go wrong when a submersible captained by Lori is attacked and left stranded at the furthest depth any human has ever been to. Zhang straight away brings in Taylor much to the dismay of Heller who believes that Taylor is a danger to them all.

As a simple B-Grade horror/triller The Meg works. Somehow Turtletaub and his team of screenwriters do actually make the concept of a prehistoric shark (the megalodon) still existing and being ‘awoken’ believable… so much so that you may be checking the water next time you go for a swim. The film’s characterisation even seems to work – the most important being that Jonas Taylor is a believable character.

Yes for the most part The Meg is smooth sailing as a thriller but the film starts to run into some snags when it tries to get too serious. Some of the ‘thought-provoking’ lines delivered by the characters are cringe worthy at best, even Statham seems to deliver some of his lines with a nod and a wink to the camera, but the worst part is when one character (don’t worry I won’t spoil which one) seems to do a complete out-of-character turnaround for no reason which also stupidly then brings in a crazy sub-plot that just isn’t believe. Oh and those scenes with the damn dog were pretty annoying as well.

For the most part though you get what you expect with this film – it is Jason Statham versus a kick-ass shark. That is what you are paying the bucks to see and that is what you get.  It ends up being his most formidable opponent since Vin Diesel and Turtletaub delivers the blows with some pretty decent water action shots and is smart enough to put the characters that you start to care about in danger time after time just to raise the stakes. Even though characters like DJ (Page Kennedy – Bones, S.W.A.T.) and Jaxx (Ruby Rose – John Wick 2, XXX: Return Of Xander Cage) are never fleshed out enough is done so you care whether they live or not. Of course also having a small child involved also raises the stakes throughout the film as well.

As far as acting goes Statham leads the way. He does what he has to do in a movie like this. HE adds to the suspense, puts himself in danger and doesn’t treat the cheesy lines or the ‘romance’ like it is a huge part of the film – in fact most of his best scenes are between him and young Shuya Sophia Cai (Somewhere Only We Know) who is a young star on the rise. Surprisingly Ruby Rose stands out this film despite having less screen time than she has had in other blockbusters, while Bingbing Li again shows why she is one of the most underrated actresses in Hollywood at the moment… please someone give her a bigger role soon.

The Meg is what it should be – it is a big dumb, yet entertaining action thriller. People expecting a huge horror sequence, forget it, this is all about the action and like I said for the most part it works. Don’t go into it expecting high art or an Oscar winning script, this is The Stath vs The Meg and the film never strays from that. It ain’t Jaws but it ain’t Sharknado either.