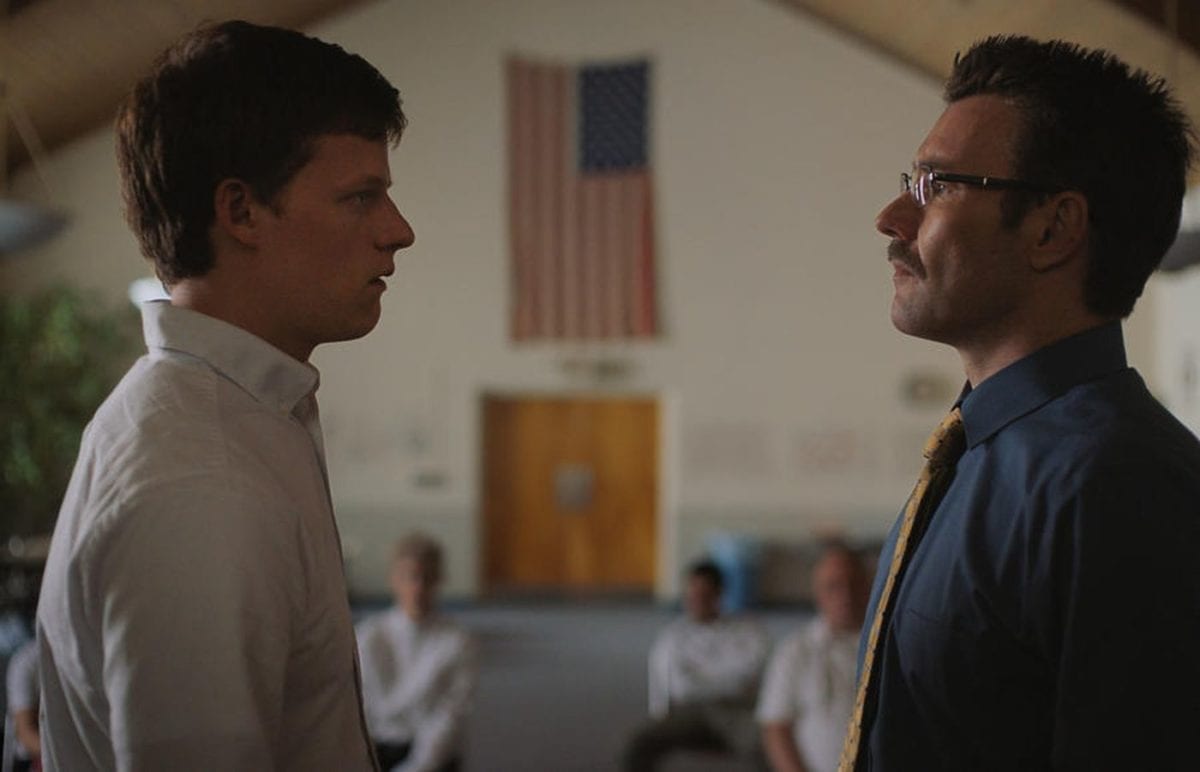 By now most Australians are aware that Joel Edgerton has certainly ‘made it’ in Hollywood as an actor. His performances in big budget films like Red Sparrow and Exodus: Gods And Kings show that he is someone that the big studio execs put on their list when casting a big blockbuster. But it seems though that many Australians still don’t realise his talents as a filmmaker. As a writer Edgerton showed his talents in his homeland with brilliant films like The Square and The Rover, while since his arrival into Hollywood he showed that his writing and directing can come together perfectly with the intense The Gift.  Now Edgerton shows everybody that his a triple threat with a film that deserves to attract some attention on Oscar night – Boy Erased. To Edgerton’s credit this is a film that could warrant a Best Director’s nomination, Best Adapted Screenplay nomination and a Best Actor Supporting Actor’s nomination for the talented Aussie.

Based on the memoir by Garrard Conley Boy Erased is the story of Jared Eamons (Lucas Hedges – Manchester By The Sea, Lady Bird), a young teenager who while going off to college starts to have an internal battle with himself when he starts to explore his homosexuality. This battle is made even harder for him by the fact that his father, Marshall (Russell Crowe – Gladiator, Les Miserables) and mother Nancy (Nicole Kidman – The Others, The Hours) are well respected Baptists in their community.

When a vindictive and cruel fellow college student informs Marshall and Nancy of Jared’s sexuality they decide to send him to a recommended gay conversion camp called Love In Action. The camp is run by ‘ex-homosexual’ Victor Sykes (Joel Edgerton – Black Mass, The Gift) who claims that alongside his staff, which includes the tough acting Brandon (Flea – Baby Driver, The Big Lebowski), that he can cure any homosexual. It doesn’t take long though for Jared to see that the love and caring persona that the camp has in the community is just a front and instead their tactics of ‘curing’ someone pushes them to the limit of psychologically breaking.

There is no doubt that Boy Erased is a tough movie to watch. While this might not have the body count or blood splatter of a horror in a lot of ways the experience of watching this film can even be more horrific as you constantly find yourself feeling for the characters at hand and wondering how as the supposed intelligent species on this planet humans could ever treat each other this way. If you are old enough to remember all the emotions that your went through when you watched films like Schindler’s List or The Power Of One the first time then you will find that Boy Erased will take you on the same emotional journey, a journey that at times feels like you are a roller-coaster.

As writer and director Edgerton has created a film that simply needs to be described using that dreaded term of a ‘must-see.’ The crimes against humanity that are revealed in this film will be a real eye-opener for some audience members who may not know what happens in this gay-conversion and it is quite confronting when you start to realise that these practices are not being committed in Nazi Germany or a third world African nation, but instead in the supposedly civilized United States of America… most likely in towns and cities that a lot of the audiences are from. To his credit though Edgerton uses a thoughtful discretion in the way that the story is told. Instead of going all-out and labelling religious as ‘wrong’ the film explores the notion that these camps ‘suck in’ those that feel that they might be doing the ‘right’ thing for their child and some of this film’s most powerful scenes comes when the ultra-religious Marshall and Nancy clash over what is happening to their son and when they then have to face Jared and listen to what is happening to them. The fact that in a way the screenplay shows Sykes as the wrong-doer and not all religion shows that Edgerton is a talented filmmaker that wanted this story to be told to reveal what is happening rather than to stand on a soap-box.

Adding to the experience of watching this film is the amazing acting performances. Lucas Hedges is in Oscar nomination form with a harrowing and emotional performance that reveals him as a star as a future. Whether his intense scenes be alongside the acting calibre of Edgerton or Crowe the youngster never seems over-awed and instead matches them. Alongside Hedges’ performance Edgerton is also amazing in his portrayal of the sometimes brutal Sykes and together Hedges and Edgerton deliver a acting lesson for any young actors who happen to be watching the film. Likewise veterans Crowe and Kidman also bring their A-Game. Kidman’s performance is touching while Crowe takes on the role of the confused and challenged Marshall with sheer brilliance.

Mainstream audiences shouldn’t be put off by the fact that Boy Erased will be considered art-house by some. This is one of the most powerful movies of 2018, a movie that exposes crimes against human rights and will actually make you think once you leave the cinema. Brilliant work by filmmaker Joel Edgerton is made even better by truly emotional and gut-wrenching performances by the leading cast. This is a film that deserves to be well and truly looked at for Oscar votes. 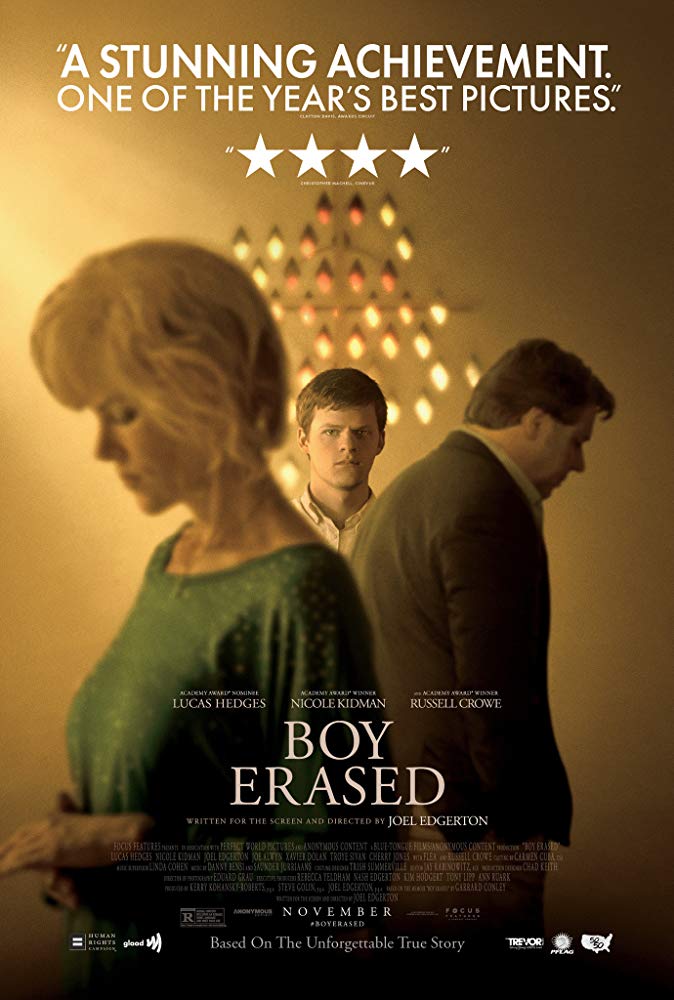