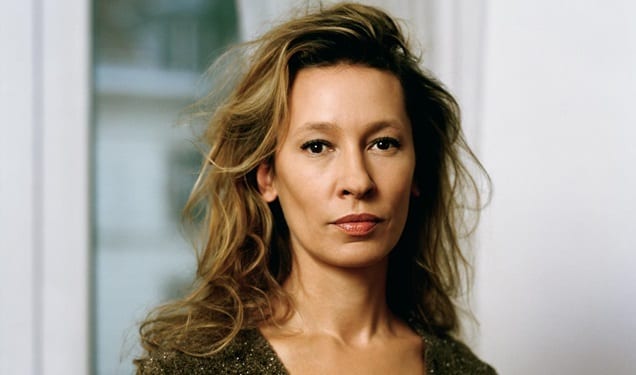 In keeping with the spirit of the 2017 Alliance Française French Film Festival, which will represent the work of 17 female directors, we’re elated to reveal that filmmakers Rebecca Zlotowski and Emmanuelle Bercot along with the multi-talented Inna Modja, who stars in the Festival’s Franco-Malienne crime thriller Wùlu, will be guests of this year’s event.

All three ladies will attend a selection of special Festival screenings, with details to be confirmed later this week.

Exotic and mesmerising, Inna Modja is a musician, songwriter, and visual artist from Mali. She was raised between Accra and Bamako where she was born. After learning her craft with artists like Salif Keita, and Rail Band of Bamako, she relocated to Europe where her solo career exploded.  With her unique style, mixing Desert Blues and Hip-hop, she’s now one of the most important Malian contemporary artists on the international scene.

Parisian born Rebecca Zlotowski whose haunting drama, Planetarium, is an evocative edition to this year’s line-up, will attend the Festival’s Gala Opening Nights in Sydney and Melbourne on 7 and 8 March respectively.  Zlotowski’s directorial debut, Belle Épine, received much critical acclaim, screening at Cannes Critics’ Week in 2010 and winning the prestigious Prix Louis Delluc for Best First Film. Three years later, her second feature, Grand Central also made audiences and critics take note, winning the François Chalais Award at the 2013 Cannes Film Festival and garnering her a Special Award at the 2014 Lumiere Awards.  Her latest feature, the hotly anticipated Planetarium, for which she also co-wrote the screenplay, stars Natalie Portman and Lily-Rose Depp as a pair of American clairvoyant sisters, seeking fame and success 1930s Paris.

Famed for her prowess on both sides of the camera, Emmanuelle Bercot won the Best Actress Award at the 2015 Cannes Film Festival (an honour she shared with Rooney Mara for Carol) for her moving performance in Mon roi; one of the hits of the 2016 Festival. Bercot’s directorial work will be showcased at this year’s event by 150 and Standing Tall.  Reminiscent of the US hit, Erin Brockovich, 150 Milligrams follows a courageous woman who embarks upon a hazardous path as she attempts to expose the dangers of a profitable new medication, whilst Standing Tall stars the legendary Catherine Deneuve as a juvenile judge who tries to rehabilitate a volatile young delinquent. Bercot will be a guest of the Festival in Sydney, Canberra and Melbourne.

National dates and venues for the 2017 Alliance Française French Film Festival are: