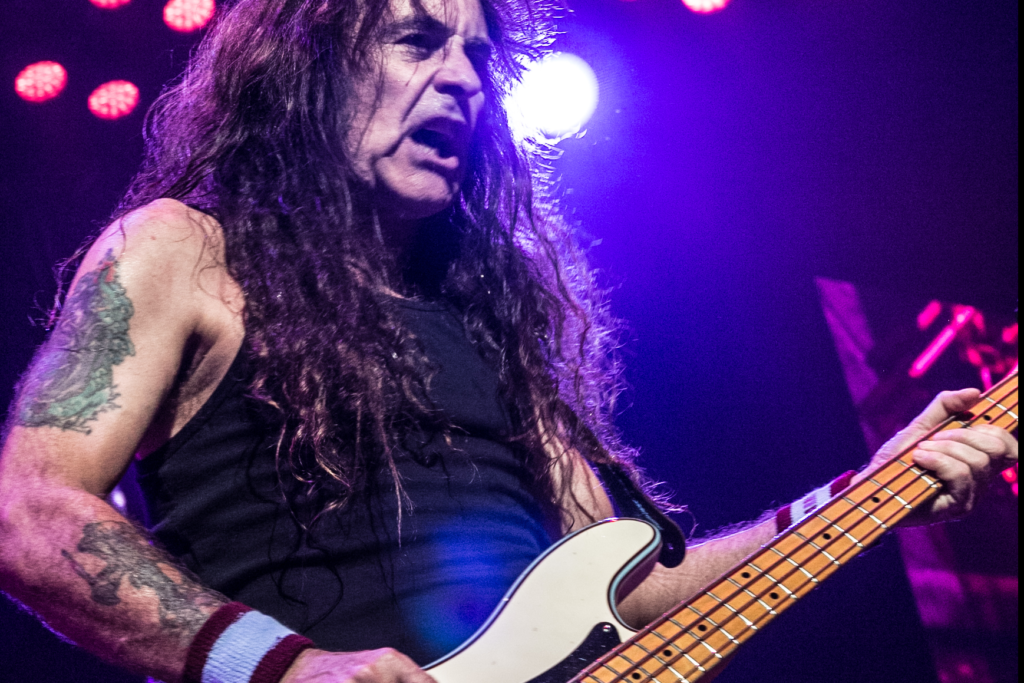 “Bass is the foundation of the band.” – a quote attributed to William Murderface of Dethklok.

In all honesty, where would any band be without the bass player? While bassists worldwide are often the butt of jokes, there are still thousands out there that have earned nothing but respect for their abilities and contributions to the scene. So, we’re taking a look at a few of metal and hard rock’s all-time greatest bassists, regarding their skill and the legacy they’ve left on the heavy rock and metal genre.

Geezer Butler (Black Sabbath)
‘What is this that stands before us?’ Not only the man with the hands of doom but one of the real fathers of the genre. Geezer Butler was there at the very beginning and was there at Black Sabbath’s finale. Without him, there wouldn’t be the dark tone we needed in the later years. From the doom-laden, self-titled opening track of Sabbath’s debut album from 1970 through to the final Black Sabbath song ever, Dear Father, Geezer has given metal countless treasures and left behind a legacy of such heavy proportions that he will forever be identified as the greatest.

Lemmy (Motörhead)
Departing our world late last year, after one hell of a career that is untouchable in metal, Ian ‘Lemmy’ Kilmister is undeniably one of the greatest names in heavy music’s long and illustrious history. From Overkill to Iron Fist, smashing on his Rickenbacker and his face pushed up to the mic, Lemmy would deliver the distinctive lines that no other bass player has been able to imitate perfectly.

Steve Harris (Iron Maiden)
Not only is Steve Harris one of the most iconic names in heavy music, but he’s also been the face of the metal bass guitar. As the father of the galloping technique, the founder of Iron Maiden and the band’s principal lyricist and composer, he has penned an extraordinary and perpetual array of metal sonatas that put Iron Maiden on the map across the world. Thanks to his contribution and his strong musicianship, Iron Maiden have risen to the absolute elite ranks of heavy music acts around the globe.

Geddy Lee (Rush)
As far as progressive music goes, Geddy Lee is one of the GOATs. While his voice has been one of the most distinguishable in the scene, his functionality on the four strings is just as important and prototypical as anything else he has ever done. As one of Canada’s gods of rock music, Lee has displayed his extreme technical virtuosity on classic numbers such as YYZ, Freewill and 2112.

Billy Sheehan (Mr Big, The Winery Dogs, Niacin, David Lee Roth…)
Mr Big, Niacin, David Lee Roth – just a few of the groups Billy has been a part of in his timeline. Having the ability to tap as fast an Eddie Van Halen lick, the man can make his solos sound as exhilarating as can any guitarist in the spotlight. Showcasing a diverse bravura of full velocity finger strumming and rapid tapping, Sheehan has been the number one choice as the bassist for such six-string wizards as Steve Vai, Gus G and Marty Friedman, as well as a whole variety of different instrumentalists and bands.

Cliff Burton (Metallica)
There are many things to cover about Burton. Though he was taken away from us at the young age of twenty-four, he left behind an unmatchable legacy in heavy music. The man behind the legendary instrumental known as (Anesthesia) Pulling Teeth, placed a giant stamp not only on Metallica’s career but has influenced an entire generation and community of metal bassists and other aspiring instrumentalists.

John Myung (Dream Theater)
Being known to many as the Roger Waters of metal, John Myung has been a truly quintessential entity in the modern day prog scene. His opulent playing and his unique patterns and runs are world renowned, and he has kept the progressive juggernaut known as Dream Theater on the course since the very beginning. Myung is a real life wizard when it comes to the concept of writing and executing progressive bass tracks.

Les Claypool (Primus)
Claypool is more than a bass player – he IS the bass; the Tim Burton of the four strings, Claypool’s extreme dexterity includes idiosyncratic styles of slap and pop playing, tapping and even flamenco strumming. From tracks such as Tommy the Cat to Hamburger Train, Claypool is a mastermind in many different worlds and ensures that the bass takes more of the spotlight than the guitar in any Primus’ idiosyncratic music.

Alex Webster (Cannibal Corpse)
In death metal, no one comes close to Alex Webster. As the founder of death metal’s highest selling band, and one of the most brutal in the game, Webster’s furiously aggressive technique sounds as ugly and sordid as the lyrical content his fellow vocalist, George Corpsegrinder Fisher gutturally spits out.