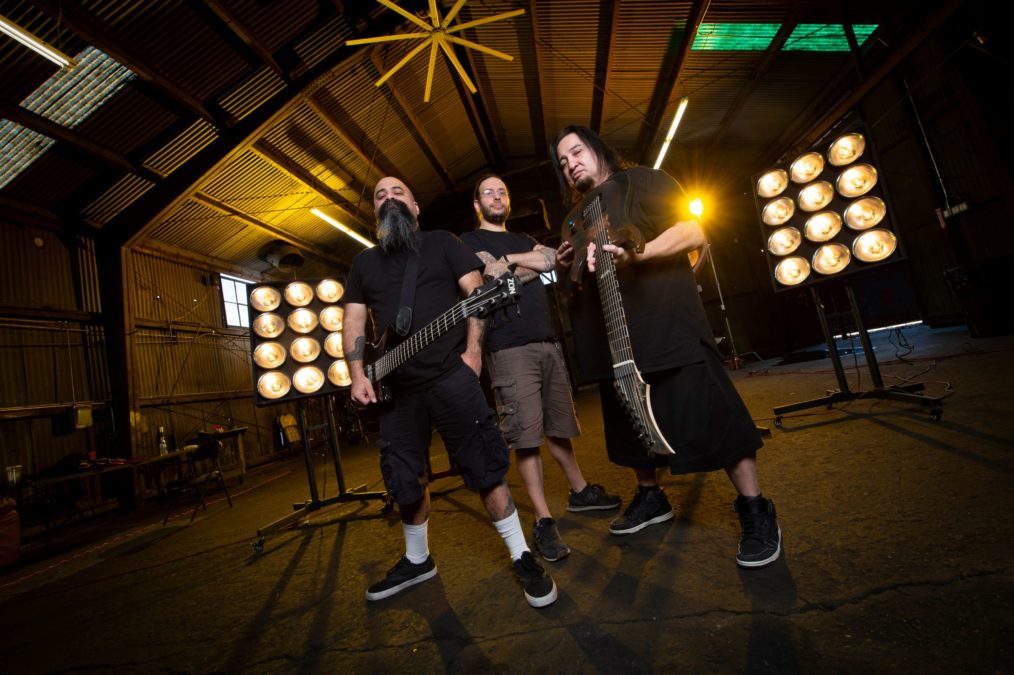 Normally when Fear Factory announce a record the spotlight is solely on that body of work and what delights fans can expect from it, but with the recent announcement of the bands latest album Aggression Continuum the news also broke that this would be vocalist Burton. C. Bell’s final album as frontman for the legendary band.

Guitarist, songwriter and founding member Dino Cazares joined HEAVY for a chat during the week about a myriad of topics, starting with the musical direction of the new album.

“Musically it’s a very pissed off record,” Cazares began. “It’s got some pretty intense moments on the album and one of the beauties about this record is that it’s got the beautiful contrasts of the heavy vocals and the melodic vocals, where as far as the guitar it’s the same thing. It’s got all the killer riffage that you love from a Fear Factory record; it’s got all the killer double bass you love. We have created this monstrous tone for the killer vocals to be put on top then you’ve got guys like Rhys Fulber (Front Line Assembly) and Igor Khoroshev (ex-Yes) adding the keyboard elements so it’s gonna be killer.”

The press release calls the album a brilliant and unpredictable new path for Fear Factory, a statement quickly shrugged off by Cazares.

“Unpredictable!” he repeated in fits of laughter. “I just think that we’ve brought some different groove elements and some different time signatures to some of the songs. A song like “Recode” is a huge song and is very epic which is the opening track and a song like “Disruptor” is an instant banger, its just one of those songs that gets you the first listen. But as far as a new path that’s kind of meaning more along the lines of us finding a new singer moving forward.”

In the full interview, Dino talks more about the music content on Aggression Continuum, new single “Disruptor”’, the voice-overs on the album and where they come from, the flow of the album musically, the Mad Max references, some pivotal moments in the band’s 30-year career, how much goes into developing the cinematic elements of the bands sound, the departure of Burton. C. Bell, what he is looking for in the next vocalist and more.