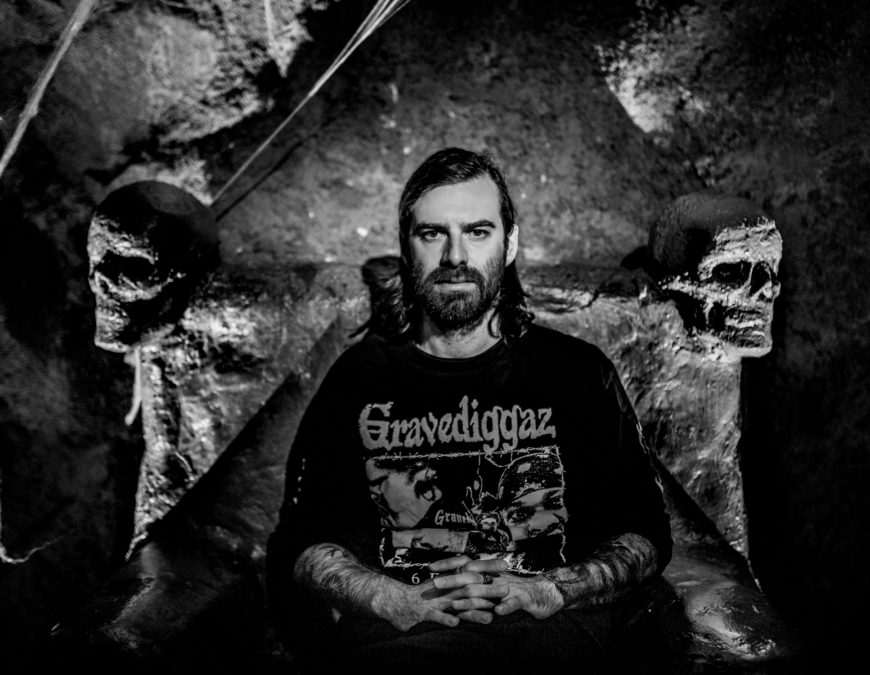 Nathaniel Shannon And The Vanishing Twin seems a little over the top when it comes to the name of what is essentially a solo project, but when you take the time to fully appreciate and understand the music and vision behind the projects’ musical nature things become a little clearer.

The brainchild of Nathaniel Shannon, this is more of a musical project and expression than it is a commercial or conventional music composition and is all the more better for it.

With the release late last year of the hauntingly atmospheric three-track EP The Three Mothers, Shannon has explored a side to his musical psyche that many artists generally shy away from and in doing so has released a body of work that is as beautiful as it is eclectic.

Shannon joined HEAVY for an interesting chat earlier this week about the EP and other aspects of his musical being that gives a better insight into the project that is Nathaniel Shannon And The Vanishing Twin.

With The Three Mothers being out since Halloween we start by asking how the reception has been.

“It’s been pretty good,” Shannon nodded. “I think one of the things that doing this project versus what I’m known for with my photography career is that it’s not metal. I’ve been shooting metal music for 20 years in the States and Internationally, that’s my bread and butter and my career path, so being involved in those music communities and creating music that is not of that nature I think is kind of hard for people to wrap their heads around. It’s no different than anyone who is left with an art form that they are best known for, I’m just trying to do something different. That being said, my entire intent with most things that I do is taking a love and a passion for multiple… being multi-dimensional with lots of different genres and combining them into a hodgepodge of a new thing. The same with my photography work is it’s, I guess, illustrative but I take more reference from film specifically like the horror movies and apply that visual representation. It’s more like making a documentary work or painting than paying attention to modern photography because it just frankly doesn’t interest me that much. The same way I love metal. I don’t have much interest in playing it because as much as I love it, it’s kind of run its course and I don’t need to contribute more to that. Whereas I love all these different genres of music and this project never started off with any form of intent other than messing around in my bedroom and taking ideas of lyrical content or atmosphere of heavy, aggressive music that I love and channelling it through this different melancholy, mellow thing has the same, I think, aesthetic but a completely different sound.”

In the full interview, Nathaniel runs us more through the composition of the music on The Three Mothers, how it grew from a couple of keyboard loops in his bedroom to a three-track EP, his method of making music that first and foremost appeals to himself, the concept behind the EP, where the full project name came from and more.