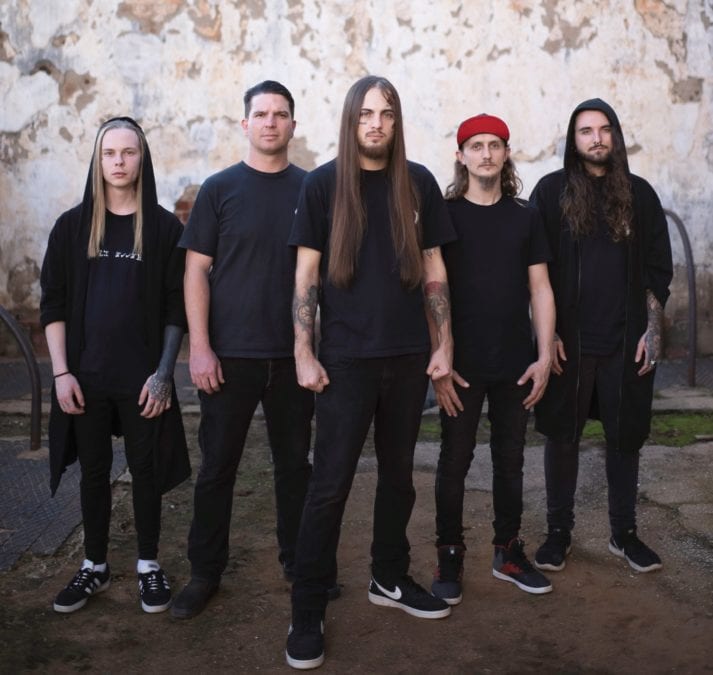 South Africa isn’t a country synonymous with heavy music. In fact, it isn’t known much for music of any genre.

But try telling brutal death metal band Vulvodynia they don’t rate on an international scale and they are likely to rip your throat out and leave you to bleed out.

Their music is uncompromising and fierce beyond comprehension, and on the eve of their first visit to Australia guitarist Kris Xenopoulos almost becomes sheepish when I point out that although we have no idea of what to expect from them, the same goes in reverse.

“No. We really don’t”, he laughed. “We’ve never been there but we’ve noticed crowds all over the world have completely different… for example if we have to play in South Africa crowd killing is not a thing that exists but if we go to someplace like the UK or France or parts of the States you’re gonna see people doing spin kicks and backflips and crazy stuff like that. You don’t really see that in South Africa. It’s always cool to see how different scenes like to move to our music. In Germany, everyone’s more peaceful about it. They do these hammer pits where they all go in a circle and… I don’t know how to explain it… they put their hand straight forward or in a fist and they start bashing it up and down in the air buts it’s very powerful and everyone has a great time. People bring blow up toys and swimming boats and stuff to throw in the pit in Germany so it’s crazy to see how the different scenes like to do it. I’m excited to see what Australia has in store for us”.

In the full interview, Kris runs us through their live show, new album Mob Justice, new single ‘Nyaope‘ and it’s confronting film clip on the seedy underbelly of Johannesburg, the birth of the band and more.

Mob Justice released on the 30th June 2019 on Lacerated Enemy Records and all digital platforms. Order the album here 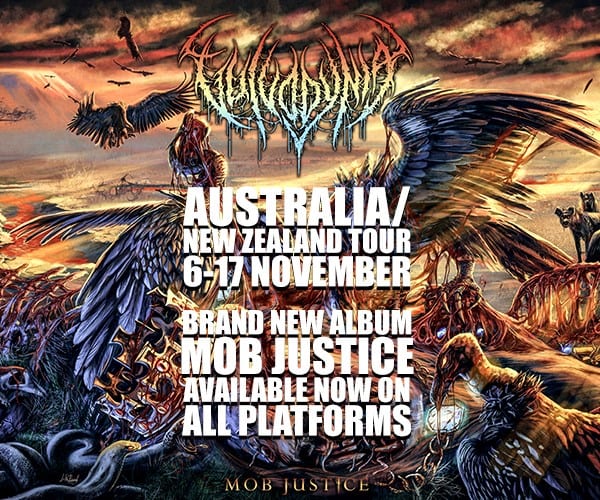