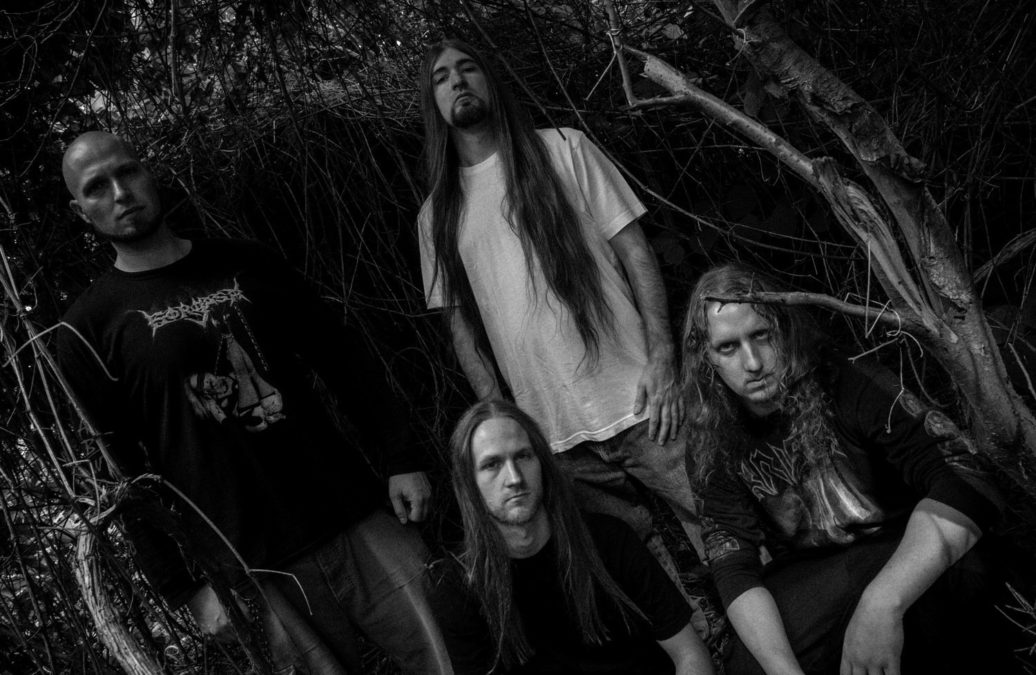 Known for pushing the parameters of their chosen genre and experimenting in ways that some purists might consider blasphemous, Defeated Sanity are a band who live and die by their own sword.

They are an enigma in the rapidly growing world of death metal and are bracing to decimate the minds and eardrums of the nation when the tour kicks off on July 7.

Bass player Jacob Schmidt joined HEAVY to talk about the tour, starting with the sheer excitement of finally being able to travel outside of your home country with your music.

“Yes, yes, it really is exciting,” he beamed. “That’s actually gonna be our first time down there too so after everything with the last two years we’re just glad to be back on the road and doing it and hitting new placed.”

Coming in blind can be a good thing, but Schmidt admits the band have done their homework a little.

“Everybody from down there is telling us to expect only great things,” he expressed. “Everybody says the shows are gonna be packed and wild and people are gonna get crazy. The bar has been set high, but I’m always trying to tame my own expectations and not expect only good things to happen. I try to take things as they come BUT I do think it’s going to be a good one and we’ve been in touch with a lot of fans and bands from Australia for many, many years. We have definitely sent a lot of merch down there so that’s a sign there is definitely demand for Defeated Sanity Down Under.”

In the full interview, Jacob talks about co-headlining with Disentomb, the pros and cons of doing so, their live show and what to expect, working on your live show during COVID, the early days of the band, future plans and more.