Expelling The Demons With RXPTRS 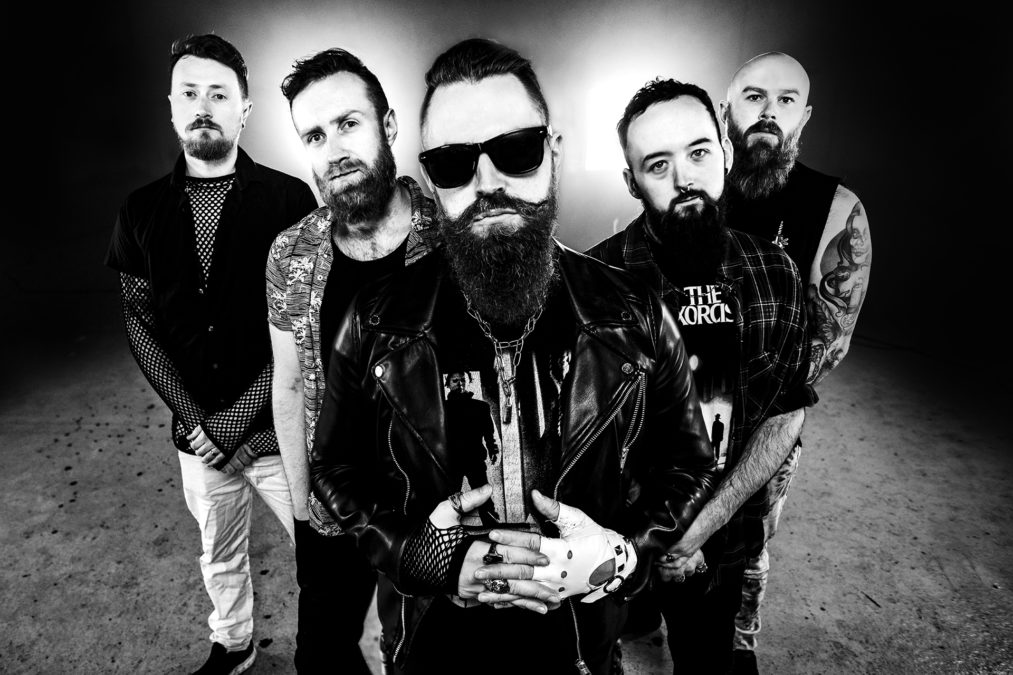 Bristol based outfit RXPTRS (Raptors) are a band unlike many you have heard before.

They have a freshness and vibrancy about them that is becoming increasingly rare in an industry where everyone seems to be climbing over the person in front of them just to merely have their voice heard.

Blending rock, punk, metal, and hardcore elements in a fashion that belies their relative youth as a band, RXPTRS produce music that is challenging to listen to – but in a good way.

They have everything the music handbook demands but have added their own flavours and spices to create a sonic assault that surprises at every turn.

After finally getting global recognition with their previous two singles Gutterflies and Collapse, RXPTRS are upping the ante once more with their new track Demon’s In My Headphones.

Vocalist Simon Roach and guitarist Harley Watson joined HEAVY to talk about the new song and their current momentum.

“This one is definitely a more…,” Roach measured, “We wanted to go for a balls-out, thrashier kind of influence. We’ve thrown in more metalcore – the first single Gutterflies came out and that was a little more on the metalcore side, and then we had a bit more melodic with Collapse – and this time we wanted to unleash the inner thrash and get a little bit more punky in there.”

As mentioned earlier, RXPTRS are an amalgamation of many different styles of music. It is a mix that on paper shouldn’t work, but somehow RXPTRS do it flawlessly.

“It was kind of like a mission statement at the start when we first launched,” Roach explained. “We’ve been going three years now, and we came together with that mentality of this is what we love. This is what we grew up listening to, and it’s what we listen to currently, and we don’t want to get stuck in any particular genre. I think it’s completely fine if you do just wanna do hardcore or if you do wanna do thrash, and people can absolutely nail that, but we just love… We’re just music nerds. We love all sub-genres, all genres, and I think just for our own sanity we wanted to cover every aspect of it and make it work. We like everything, but some of us like grunge more than others, and some like the thrashier metal chunky riffs more. Together, the chemistry just works.”

“And sometimes it’s just really funny to go ‘this riff is really heavy and it’s getting way too serious, let’s do something funny and silly with it and completely turn it on it’s head!’” Watson laughed.

In the full interview, Simon and Harley talk about Demons In My Headphones in greater detail, the film clip that goes with it, getting the balance of genres right in their music, the early days of the band and how they fit into the scene then, future plans and more.