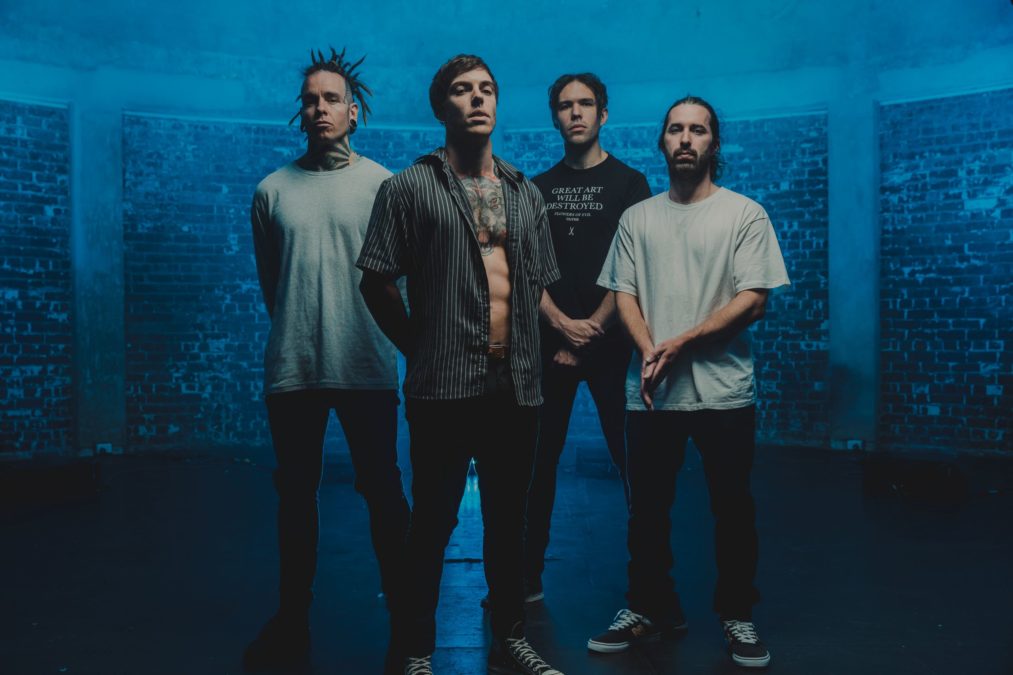 Gippsland metal outfit Mirrors are no stranger to UNIFY, having been invited to play at the festival in their early years as a band on the back of their debut EP Fool’s Paradise in 2017.

Since then, the band has released one more EP and last year’s debut album The Ego’s Weight, which has seen Mirrors invited back once more, but this time with a much more coveted spot on the billing.

Bass player Jake Mackin sat down with HEAVY to discuss his years UNIFY and how far Mirrors have come as a band.

“It means a lot,” he stressed when asked what playing this festival means to the band. “When we started out our first big kick up was at UNIFY, and we opened back then. Now we are in a position where we’re playing at a later slot on the main stage on the second day. When we got offered that position, we were stoked. It was insane. We’re from that area, and we are getting to play that late in the set. It’s a massive thing for us.”

While not being a major deviation from their previous sound, The Ego’s Weight did shift Mirrors into more of a heavy alternative realm rather than the straight-out metalcore of the two EPs, something which Mackin admits was a direction the band discussed before entering the studio.

“It was definitely something we spoke about,” he nodded. “With the way the songs were written, it kind of wrote itself in a sense with the way the sound came out. But then, getting a particular sound… from a bass perspective, in metalcore I understand it’s not the most heard of instrument in the music itself, but for me it’s super particular with what we’re trying to do with the style we have. We have a presence, all of us, in the tone. Not just an amazing guitar tone that we have to have or an incredible drum sound, but also the bass as well. Everything got looked at fairly heavily, but getting it mixed by Lance Prenc and his ability to take something the way it’s been written as a whole and say, ‘here’s the sound I think it needs’ was a big thing. To us, it was a lot of listening and approving and saying we like that, turn that up, or a bit more or less of this. Tone-wise as a band it was something that yes, we definitely spoke about and worked on, but it was also pushed heavily with the change coming from Lance himself.”

In the full interview, Jake talks more about UNIFY, who he is most looking forward to seeing, how to pace yourself in order to enjoy the full three days, their current tour with Polaris, why Mirrors decided to change things up musically at this stage of their career, playing the new songs live and how the fans have reacted and more.