Existential Reckoning With OF MICE & MEN 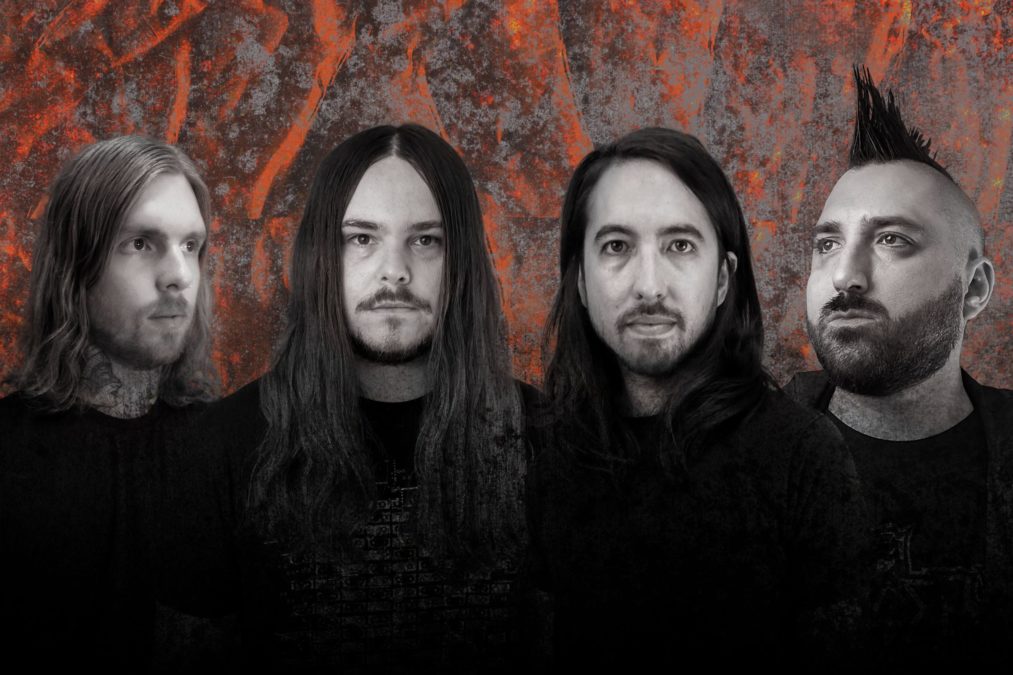 With the recent release of their latest album Echo, California metal outfit Of Mice & Men also wrapped up a trilogy of releases that, if loosely described, is a three part story of loss, grief and recovery.

Of course, as with all great bands and their music, there is much more substance to the musical chapters than what is evident on the surface.

It is a personal journey on many levels for the members of the band, two of which suffered loss of their own during the cycle, and one which can be enjoyed both on face value or as a combined body of work.

Vocalist and bass player Aaron Pauley called HEAVY during the week to go through the series of EPs and the completed cycle.

We started by asking if the completion of the trilogy of EPs felt like the end of an emotional journey.

“It does,” he measured. “It feels sort of like a season finale of a show that you’ve been working on all year, and it gives fans, not only the opportunity to go back and experience the whole thing as a collective of work, but it gives us, as the creators, the ability to go back and live that year again in review and try and get a full grasp of the totality of what were we really saying. What were we writing about? It’s a very unique experience this go around, and it’s one that’s very, very intrinsically rewarding. It feels very nice. It feels… even before it dropped it felt like mission accomplished and the fact it’s connecting with so many people – and not just in a way of people thinking it’s great, or it sounds cool or badass – but the fact that people can really resonate with the music. There’s really nothing like it.”

The release of Ad Infinitum also saw the packaging together of the EPs into one cohesive unit, but the scope and impact of that final E.P could easily, and unfortunately, be lost in the hype surrounding the full album.

“It picks up after Bloom leaves off,” Pauley explained. “During the creation of Bloom my mother-in-law passed away and then towards the end of it Tino‘s mum – our drummer – passed away, and that record was very, very filled with grief and pain and the dichotomy between the beauty of knowing such a great love, and just the pain of that great loss. Ad Infinitum, I feel like, is the moment of existential reckoning that you have with yourself after experiencing loss like that and pondering where you fit in the greater scheme of your life and your community and where you fit in history and all of those things. All of the existential questionings that we have ourselves. Usually in moments of great vulnerability, but I feel like during the pandemic, more and more people had those conversations with themselves because we were in a place where you’re forced to stop and evaluate.”

In the full interview, Aaron dives deeper into Ad Infinitum, breaks down each EP and the meaning behind them, why each release was recorded as separate entities and not in one go, the artwork of each EP and their significance, and the reasons why the band decided to release each of separately before releasing them all together as an album.