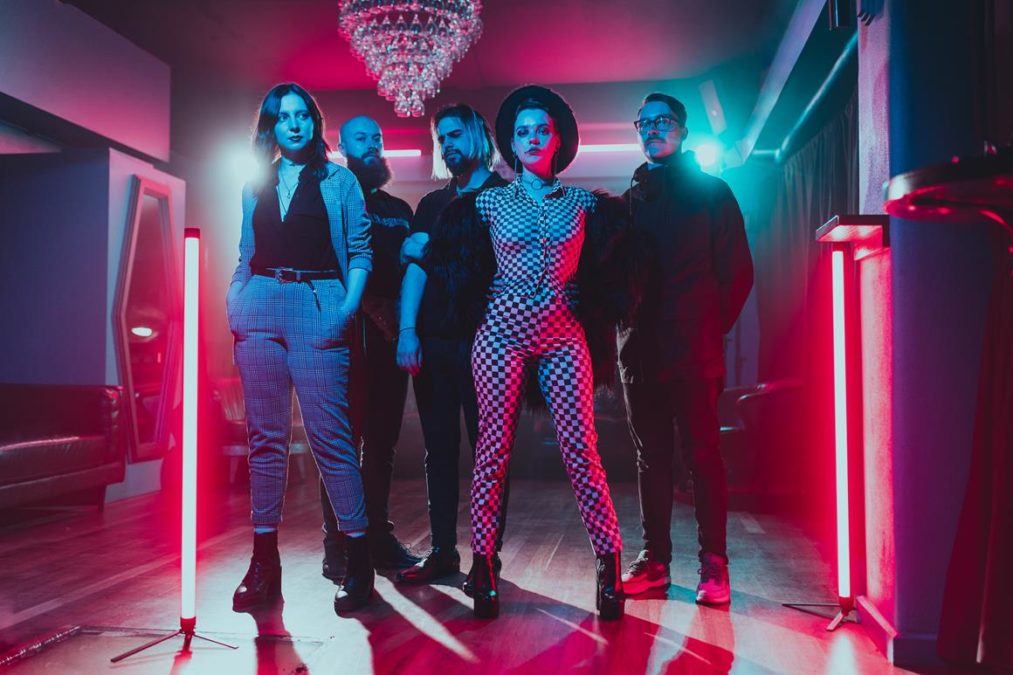 Often replacing a vocalist can sound the death knoll for a band, regardless of how long they have been in the industry or how successful they are.

Possibly because the vocalist is generally the focal point of a band and the voice that brings the music to life or equally as likely because they are the public face and image of most bands and therefore their fans.

Either way, very few bands survive such a change in personnel.

Not so in the case of Melbourne alternative metal outfit Future Static who have just undergone such a transformation to stunning effect.

Following the recent addition of Amariah Cook to lead vocal duties, Future Static have wasted no time showcasing the new line-up with the recent release of the single Waves which beautifully and menacingly highlights the vocal prowess of this newcomer to the local scene.

Switching effortlessly between harsh and clean vocals, Cook makes a faultless debut with her new band, harnessing a captivating presence to match her obvious ability.

Such is the promise shown after just one release with their new vocalist, Future Static have been invited to play at Knight & Day Festival later this year and Uncaged next year, and with the promise of bigger things to come Cook sat down for a chat with HEAVY to talk about Waves and Future Static’s future.

“Ryan (Qualizza, guitar) wrote pretty much the entire instrumental, and he really has been inspired by early 2010 metalcore,” she said of the track. “I don’t know if it’s obvious (laughs), and I just went with what it made me feel. I didn’t really have any inspiration. When I started writing, it just came to me by hearing it, which is what I usually do when I’m writing to music that somebody else has written. I just sit down and listen and feel how it needs to feel and write to that. I guess we had that kind of 2000 intense metalcore in mind, so I was like it calls for a scream here out of nowhere, so I’m gonna do it (laughs).”

When HEAVY mentions that Waves is a damn fine release, especially considering it is her first track with the band, Cook drops somewhat of a bombshell.

“It’s actually my first release ever,” she revealed. “I’ve sung before and have been singing my entire life and performing, but I’ve never recorded a song and released it.”

In the full interview Amariah talks about the stunning film clip for Waves, moving to Melbourne from Barcelona at age 18, finding her way into the band, her inspirations, future new music, playing some of the countries biggest festivals and more.