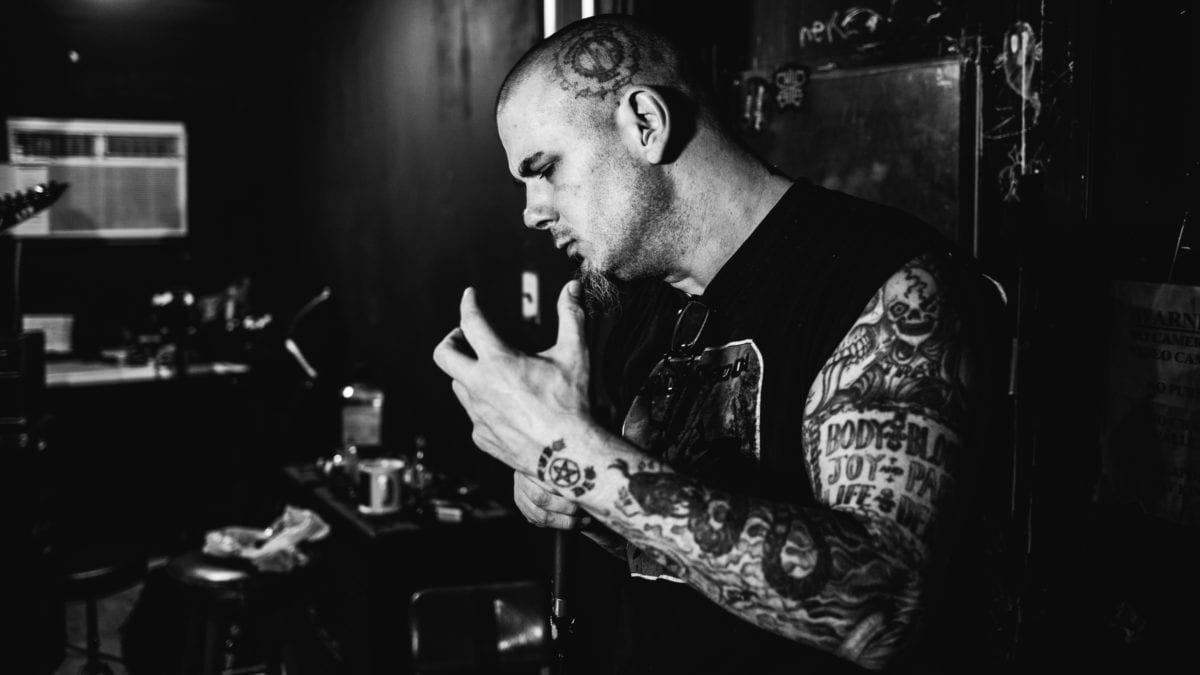 “Oh man, everything happens for a reason”, laughed Phil Anselmo when pressed on why he has not brought himself or any of his projects to Australia in more than five years. “I’m surrounded by a great group. Oh God, I love ’em, I love ’em, I love ’em and just making music with them has been a journey. I’ve been in so many different bands but this one is probably the most comfortable I have been in for a while man. We’ve grown together and everybody’s always busy with writing and bouncing ideas off each other… it’s awesome; a great environment. We don’t mean to let Australia hang, man. We’re happy to be coming over with King Parrot, it’s gonna be a blast”!

While it has been half a decade since Anselmo has graced our shores, the Thrash, Blast & Grind tour starting in March will mark the first time his current band The Illegals has been here period and as such Australian fans are unsure what to expect.

“The Illegals stuff itself is crazy and bizarre and extreme”, Anselmo measured, “and I guess for a specific audience. But this past year has been pretty rough as far as the Pantera camp goes and with Vinnie‘s passing recently I figured why not put in some of the old songs that people wanna hear and have been asking to hear for a long time so that’s been a different spin on the set. Once again, I can’t say enough about my guys around me because really at heart they’re an eclectic bunch of musicians but to ask them to do the Pantera stuff was big, man, it was really big”.

In the full interview Phil discusses how it feels to be playing Pantera songs again, his relationship with King Parrot including his take on the intro to Like a Rat which sees Slatts parading on his bed in a pink tutu, his personal musical vision and how it has changed over the years, Australian death metal, more on his band The Illegals, speaking his mind and the controversies that come with it, musical integrity versus personal integrity and more.