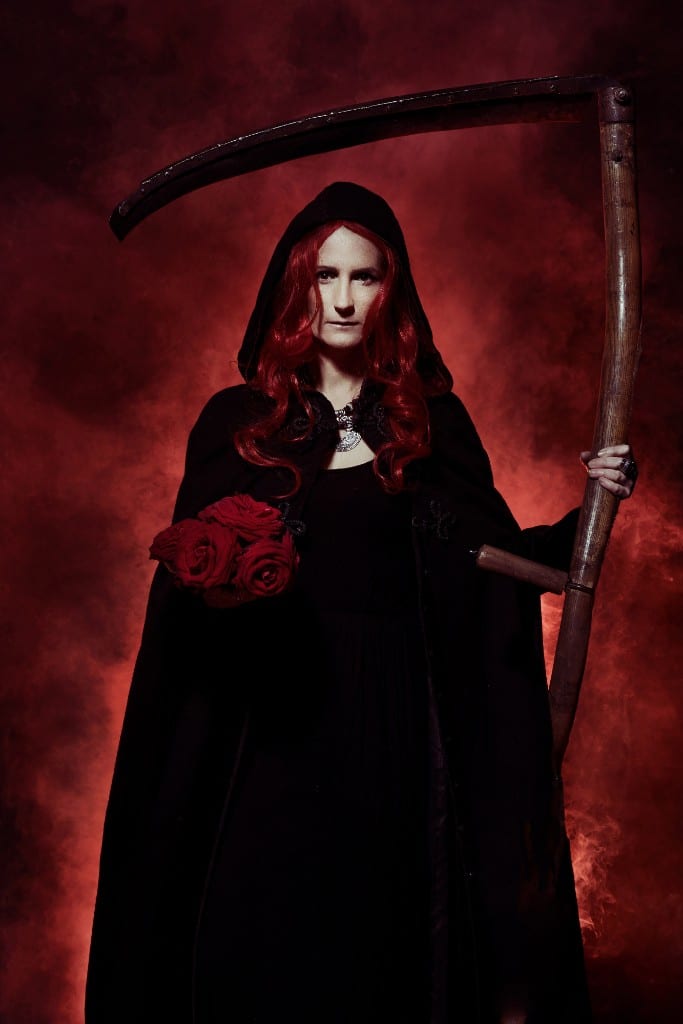 ESTER SEGARRA is unleashing more details of her forthcoming photo-book ‘Ars Umbra’, which will hit the stores on July 6th 2018. The video below, explains the Barcelona-born photographer’s upcoming work, the process of creation and the personal connection and sacrifices she made for it. All in 06:06:06 minutes!

ESTER SEGARRA comments: “This insightful video gives you a glimpse into how ‘Ars Umbra’ came to be – and a little glimpse of my “f*ck it” attitude, which has held me in good stead throughout my career.  This video will guide you through what lead up to the creation of the anthology!”

You may not be aware, but you already know the art of ESTER SEGARRA. For over a decade, the Barcelona-born photographer has re-imagined the visual aspect of heavy metal for GHOST, WATAIN, ELECTRIC WIZARD, CATHEDRAL, MAYHEM, KATATONIA, PARADISE LOST, AT THE GATES, CARCASS, DARKTHRONE, ROTTING CHRIST, VENOM, ABBATH, and others.

Through her lens, ESTER SEGARRA has lifted the veil on some of extreme music’s most notorious players and in turn become one of the most prolific and significant contemporary music photographers.

ESTER SEGARRA started to work for the influential UK underground print outlet for extreme music, Terrorizer Magazine in the year 2001 and following from there, she had her pictures published in Metal Hammer, Decibel, Rock Hard, Iron Fist, Deaforever, This Is Metal, Close-Up among many other magazines. Ester has also accepted commissions from metal labels such as Season of Mist, Century Media, Nuclear Blast, Candlelight, Rise Above, Spinefarm , and Peaceville.

The works of ESTER SEGARRA have been exhibited for example at taste-making festivals such as Roadburn, the Netherlands and Beyond the Gates, Norway. The next opportunity to see her photography exhibited will be at the Rome Tattoo Expo in Italy’s capital from the 4th to the 6th of May.

The anthology, ‘Ars Umbra’ celebrates 15 years of ESTER SEGARRA‘s music photography. Pictures and music are presented in the form of a photo-book with an added original soundtrack, which is specially commissioned from percussionist extraordinaire, Uno Bruniusson (ex-IN SOLITUDE, DEATH ALLEY, PROCESSION). The music provides a rhythm, a mind-space that alters the experience of the book.

The time has come to unleash and fuel the flames of ‘Ars Umbra’!