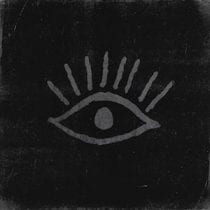 I would like to just cut to the chase and say it right here; Tired Eyes are brilliant and they will go far – very, very far. The four-piece prog rock/hardcore outfit from Brisbane is undoubtedly one of the most versatile, creative and professional upcoming bands in the scene, something that reflects very powerfully in their music. These young lads having formed just last year, release their first ever record ( as well as it being their first time to ever release any music) today which in itself was impressive and inspiring but then, I actually listened to the EP.

In Denial, Force A Smile begins with the serene ambience of “Unforgiveness“, a track with an elevating, melodic rhythm that immediately catches your attention. The ethereal mood of the track complements the hints of sadness and it’s gentle nature. Gradually picking up in tempo, vocalist Joey Keating’s single line of harsh vocals grip the listener, seemingly out of nowhere but this is what I love – the boys keep it simple. The guitars are crisp, The class behind the musicianship of this band is exhibited from the get-go, the instrumentation perfect in terms of each member not overpowering the other. Following this comes “Outta Sight“, bringing in a little variation and showing the band’s more emotional side. Groove-laden bass lines and upbeat but mellow riffs perfectly highlight the clean vocals of both Keating and bassist Jesse. The charming melody behind their voices is beautiful as are the lyrics; this track will slowly lead you into a deeper understanding of not only the band’s name but also the album title and the concept it is based on.

“A Place, A Space, A Symphony“, is an interesting track, dreamy and airy, the singer’s feelings hanging off every word, and every note. While it did take me a few listens to wrap my head around the various aspects of the song, it is a track that I found myself delving deeper into – something you’ll find yourself doing more with each track on this album as you start to relate to them more.  The only thing about this song and possibly on the whole record that I would say I didn’t enjoy was the spoken word sections, for the sole reason that it felt a bit forced and didn’t quite merge with the rest of the song. While intriguing, it seemed a bit misplaced, but by no means reduces the strength of the message conveyed.

“Tempt Me” was an instant favourite when I listened to it, with it’s echoing melodic riffs, heavy drum beats, and soaring vocals,  which just as it peaks, transitions perfectly into “Dissonance“. What further proves the elegance and brilliant artistry of this young band, are the little details that you start to notice. The connection between the two tracks is a definite highlight of this album – as ‘”Dissonance” begins with the line ‘Caught in the discord of disgrace’, which is in the previous track. It’s moments like this throughout that make you realise just how much thought, emotion, experience and passion has gone into the creation of this album and makes you further appreciate the band’s efforts. “LOVECVTS” brings the EP to a beautiful end – a cover of the song ” The Love Cats” by The Cure, and I have to say, I love it more than the original. Tired Eyes’ rendition of this track is eclectic, strong and rather captivating. The raw, gruff vocals, dynamism and cute little 70’s rock elements like clapping, snapping, and cheeky piano notes, proved to me that this band really can tackle any genre if they put their mind to it. Ending the EP on such a vibrant, positive note, the journey Tired Eyes takes the listener on comes to a pleasant end, one that will only make you go back wanting to relive the whole thing again.

For their first-ever release, Tired Minds certainly deliver a thought-provoking, eerie, and powerful piece of art, taking you on a sonic journey and telling you a story of much value through their music. It’s natural to feel the emotions that we feel but what we make of them and how we act upon them is what truly matters – a  life lesson that the band attempt to share. Musically, Tired Eyes prove their ability to combine the best of different styles and elements to create something that they can certainly call their own and this EP will definitely leave you wanting more of it.