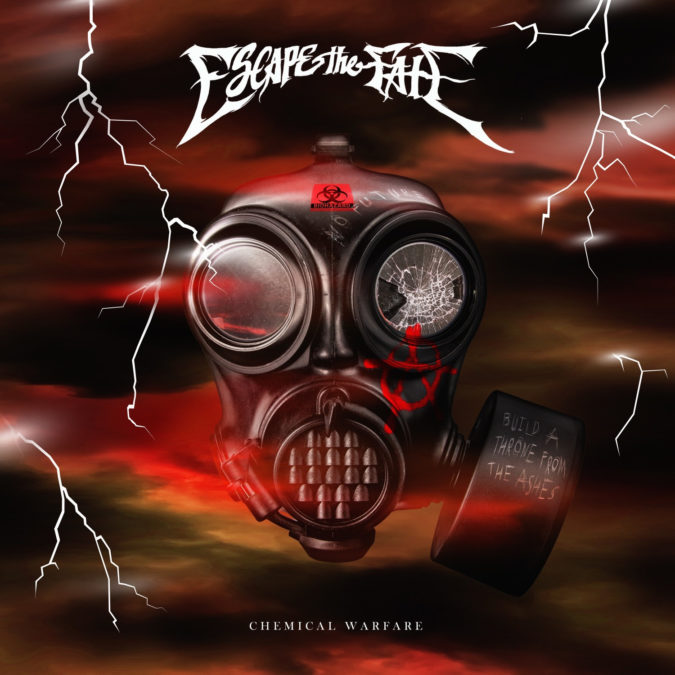 If opening track “Lightning Strike” is anything to go by, one would think that Escape The Fate are still relevant, full of angst, energy and killer hooks.

You can picture the band smashing this song out live, as it feels like the sweat is dripping from the speakers.

“Oh yay, classic Escape The Fate”, you will exclaim, as you recall those teenage Myspace days when they were amongst the leaders of the Post Hardcore Scene movement.

And then the rest of the album happens.

Gone are the guitar focused tracks present in their discography up to 2018’s I Am Human, replaced by what can only be described as a cross genre inspired attempt at broadening their fanbase.

It is a trend followed by many a band that have stood the test of time, and are up to that ‘make it or break it’ album for the everyman.

Think A7X’s self-titled, or The Black Parade by My Chemical Romance. These albums widened the listener scope without alienating the hardcore fan.

Will Chemical Warfare do that?

I think not. Its not an easy balance to get right, and this album definitely falls flat.

Lead single “Unbreakable” jumps on the Bring Me The Horizon trend of out of genre keyboard hooks and galloping rhythms, which is becoming a tired trope to many, and enjoyed by few.

Don’t get me wrong, Escape The Fate know how to write a good rock song, but this entire album sounds like all the songs were given a pop sheen in the studio by  producer John Feldmann (Blink-182, 5 Seconds of Summer) .

Too much reliance on millennial whoops in the background chorus vocals, and unnecessary guest appearances by Lindsey Stirling (Youtube and America’s Got Talent Violinist) and Travis Barker (Blink 182) that offer nothing remarkable other than a namedrop.

By the half way mark, my ears were over exposed to overly clean production and popcore by numbers.

With drummer Robert Ortiz being the only founding member, this is not the Escape The Fate that brought us such classic albums as Dying Is Your Latest Fashion (2006).