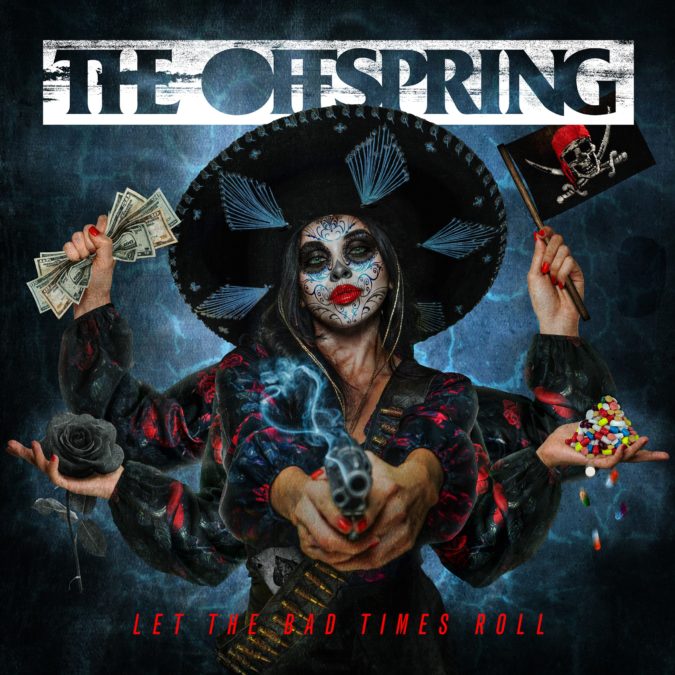 The latest album from California’s punk rock wonderkids The Offspring gives you a nice big kick in the face.

A decent hard kick that this boring world so desperately needed.

I don’t know what these boys are putting in the water before they enter the studio but it should be shared with the rest of the world. It seems like the band has taken these misfortunate times and turned it into one hell of a killer album.

The Offspring have taken this new album to a new level by reinventing themselves as a band to blast out loud for any party playlist. The new album has an awesome monster meaty production and Dexter’s vocals are breaking through the barriers that most bands only dream of creating.

“This is not Utopia” is the first track for the album, it kicks into gear and drops you into hard rock punk scene that any fan would love to hear.

“We Never Have Sex Anymore” is a creative funny track about love that gives us reason to complicated relationships that anyone can connect with.  “The Gone Away Requiem” takes you away to another place reminiscent of this mad world.

The favourite track for me would be the fast-paced “Breaking these Bones”. It made me want to scream out my own name and dance around the room when I played this punk masterpiece.

This album is hot, its action-packed and gives you a fresh take on troubled times.

A party piece, a drink with mates,  a place to remember important things, that’s what you’re gonna get when you listen to this awesome punk rock revelation.

Take your clothes off and put this album onto the highest volume your stereo will go to, cause you don’t need clothes to listen to punk rock. If you wanna pull chicks get your self a stereo that only plays the machine that is The Mighty Offspring!