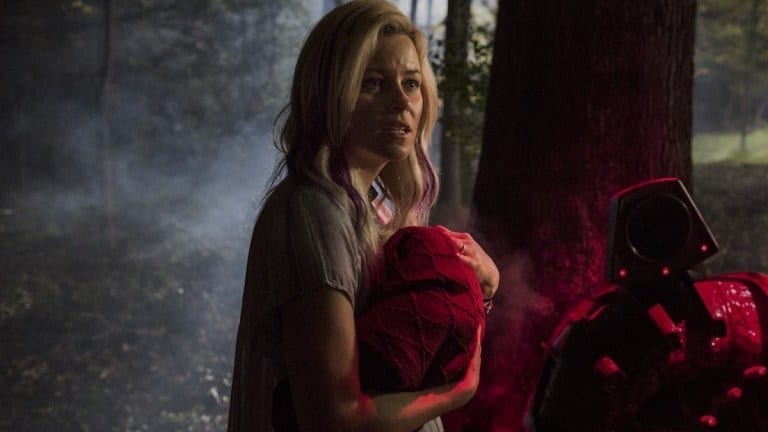 One of the more interesting films to land in cinemas this year has to be Brightburn. Part horror, part sci-fi the film asks the question what would happen if a superhero decided to use their powers for evil when they were a kid? Starring Elizabeth Banks (The Hunger Games, Love & Mercy) as the worried mother and produced by James Gunn (Guardians Of The Galaxy, Slither) the film has cult classic all over it.

“Elizabeth thinks we met at a party,” says Gunn laughing when he and Banks are asked how they first met. “Because when we first met when she came in to audition she was like ‘hey, it is so good to see you again’ and I’m like ‘never seen you before.’ She was like ‘but we’ve met’ and I was like ‘no, no we haven’t.’”

“Any way we did make a movie together,” says Banks cutting in. “It was called Slither and he directed.”

“The reason I cast you in Slither was because I had seen you in Wet Hot American Summer,” continues Gunn. “And then I saw you in Seabiscuit and I was like ‘oh my gosh that is exactly who we need for this role’ because it was like a Grace Kelly type but it was in a comedy horror film, so we needed some comedy chops as well.”

“I think it is all about trust,” says Banks when the question is raised why the two of them work so well together. “Actors are always just looking for someone that they can trust with their performance with someone that they know is going to make them look good and has a vision for them to follow. I remember when I met you (Gunn) I was like ‘wow this guy is the new John Carpenter he is going to create this whole genre upon himself’ and you have… I knew that immediately.”

“I probably wouldn’t have thought of it as trust,” says Gunn. “But when you say that I think that it is the same thing. I know that I can throw anything at you and that you will do a great job. You will also always be there as a professional but I also just like hanging out with you as well. It is fun having people that you work with be people that are fun to be around… people that will make you laugh. And Elizabeth makes me laugh.”

“I loved the script,” says Banks when she is explaining why she signed on for Brightburn. “I love the mash up of the superhero and the horror, it was so unique and I totally saw it. I could see the vision of it and Dave Yarovesky (the director) just had great ideas – he really convinced me that he had a take on it and that we were on the same page when it came to Tori and parenting and what I could bring it to it specifically…. and I knew it would be fun.”

So what interested Gunn about the project? “Well you know I love superheroes,” he says. “I never thought that superheroes would be my life’s work, but maybe they are. I think that seeing the different ways that we can come at those mythical stories is interesting and this is just a really dark take on the superhero myth. I really thought the script that Brian and Mark Gunn, no relation… just kidding it is my brother and my cousin, I just thought that the script that had written was just something really interesting and fun… but also disturbing in a fun way. I thought it was also a really good opportunity to tell a story about a family that was having problems… because their kid was a super-villain basically. I think that superhero horror is really just a mash up of the superhero genre and the horror genre. And it is not done in a way that is half superhero and half horror because I often think that horror-comedy, which I love, is half a horror film and half a comedy film but this is fully a superhero film and fully a horror film.”

“Both superhero and horror genres are cathartic for the audience that go to see them,” says Banks nodding agreeing with Gunn. “We want to see our hopes and dreams for our heroes, we want to feel like that there are people out there that are going to save us. When it comes right down to it those people are better than us and they are going to take care of us… that is why we go and see superhero movies. We go and see horror movies because we have fear and anxiety that we can kind of exercise in a safe space when we watch horror, which should take a basic fear that we will have and blow it open for us in the most entertaining way. I think this puts those two things together and says ‘what if your heroes don’t want to use their powers for good, what if they want to use their powers for bad… and how bad can that be?’ And that is really what this movie does.”

“And I think there are a lot of things on this planet poking and causing that anxiety,” says Gunn. “I think that anxiety is right around the world and I think that there are some people in power who are not using their power for the benefit of everybody else. I think seeing someone like Brandon and what he does is a way to experience those emotions in a safe way and maybe process those things a little better so we can deal with them in an individual way.”

Brightburn is in cinemas now. 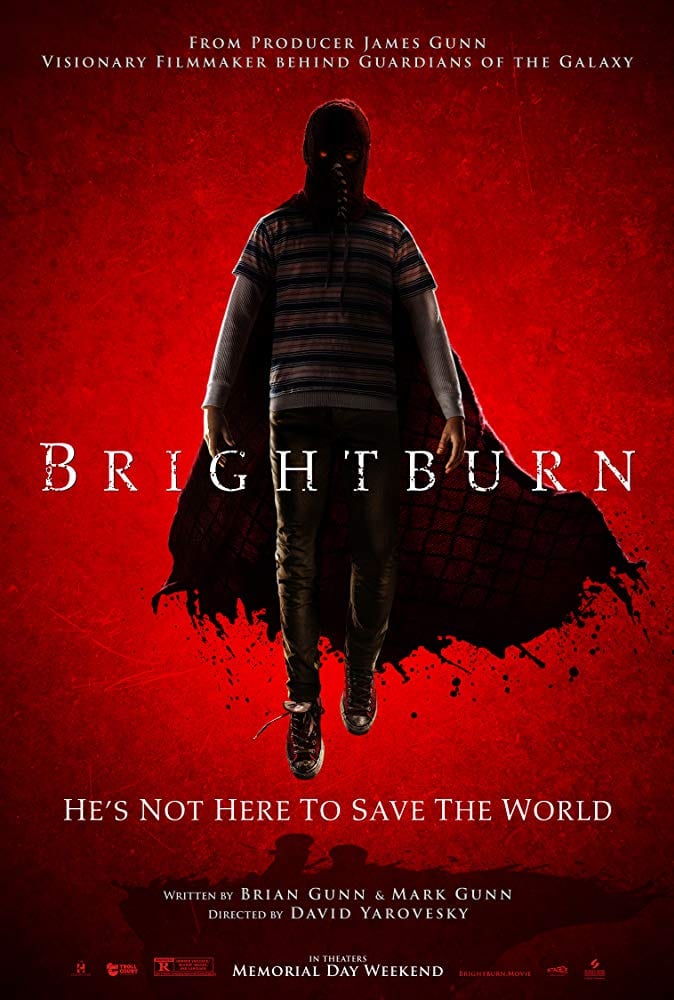