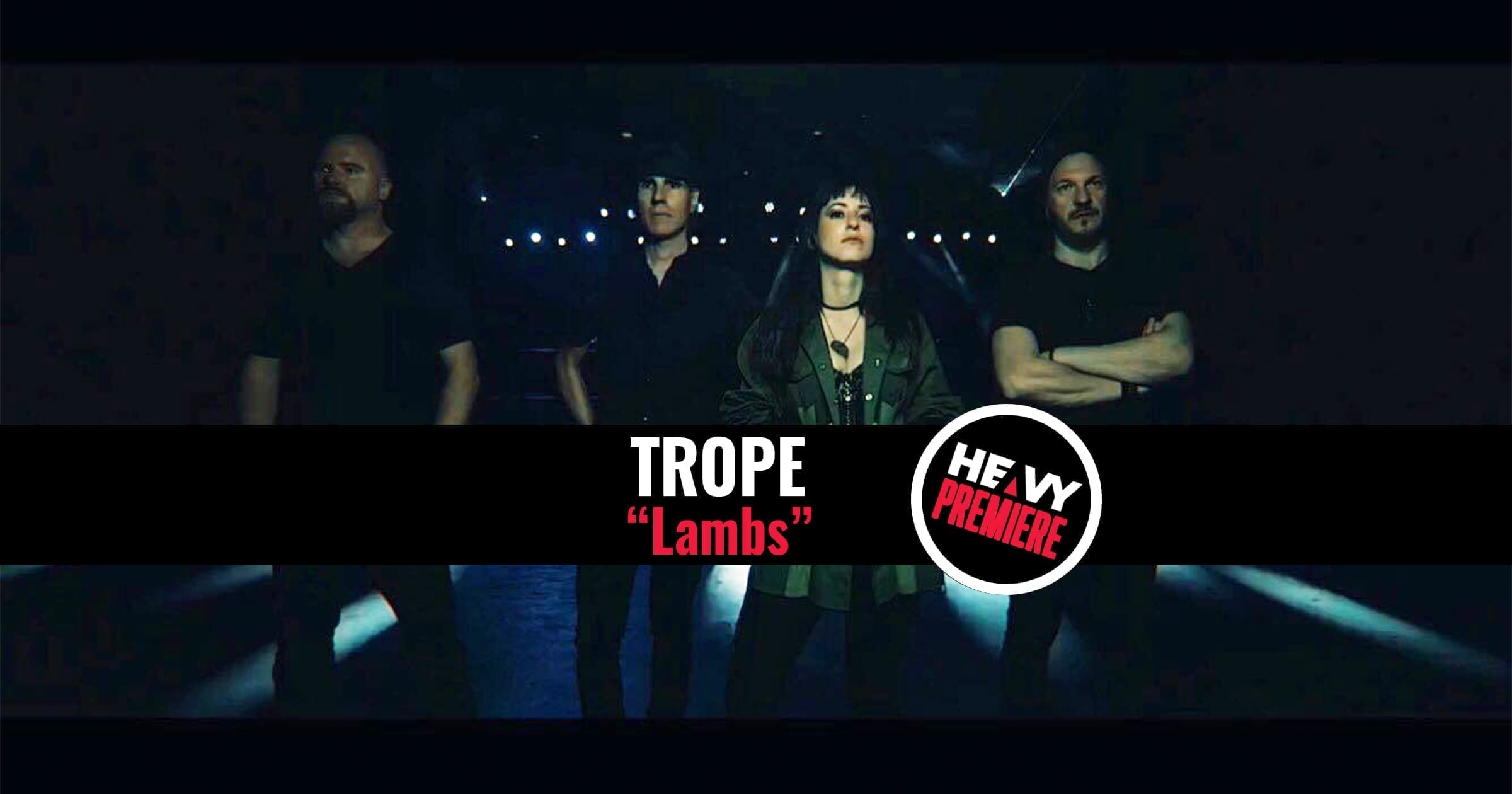 Today we are premiering Los Angeles, US, based Alt-Rockers, Trope.  We feature their single “Lambs” from their forthcoming album Eleutheromania to be released later in 2019 via Golden Robot Records.

Eleutheromania will be released in the very near future. “Lambs” is out now!
smarturl.it/tropelambs

Diana (voclaist) says of the track, “The first half of Lambs deals primarily with bullying and the second half discusses placing trust in people that only care for themselves, but come across as innocent [Lambs], and the feeling of betrayal that comes from that.  The song also addresses where one falls short in expecting returned kindness and the accumulation of pain from its lack thereof, as well as the cyclical damage to self that results from ignoring your own behaviours and the facts presented.“

Trope formed in 2016 when guitarist/producer Dave Thompson showed vocalist Diana Studenberg. The duo spent two years writing and recording while looking for band members who were able to keep up with the time signature changes.

Trope’s sound not only caught the ear of everyone at Golden Robot Records, it also got the attention of studio legend Mike Fraser (AC/DC, Metallica) who engineered the bands forthcoming debut, Eleutheromania, with Thompson at the helm producing. David Bottrill (Tool, Peter Gabriel) consulted on the album and mixed it, while Ted Jensen (Green Day, The Eagles) mastered the final product.

Trope have also confirmed they will be opening for rock legends, The Cult in June and will be supporting the iconic King’s X on an 18 date European tour in Sept!

Eleutheromania will be released in the very near future. “Lambs” is out now!
smarturl.it/tropelambs