DIVE INTO RUIN Smash It To Smithereens 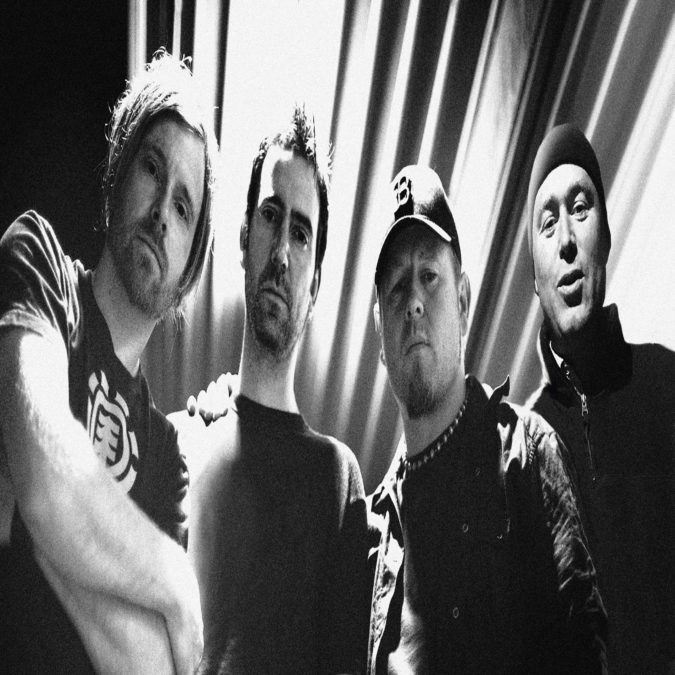 If you are a fan of the Melbourne alternative music scene you probably don’t need any introduction to the band Dive Into Ruin. This alt-punk four piece have been a regular on the Melbourne scene since 2005 and they have spent all the years since developing their own unique sound which all comes to a head on their new vinyl Smithereens EP… which has been dubbed the orange beast by the label delivering it to the fans… Rue Morgue Records.

“This all started when I presented John from Rue Morgue with a couple of our songs from the EP,” explains Dive Into Ruin’s bass guitarist Craig Fryers. “He chose one track for his compilation and then chose another which he liked even more, so it has been great to be part of that compilation but then I though well if he likes two of them I’ll see what he thinks of a third. So I sent him another and he liked that as well and here we are now with our very own vinyl.”

That need for having their music released on vinyl is not a surprise when I really begin to chat to Craig about vinyl… it turns out he is a vinyl lover from a way back. “I have vinyl that was handed down to me from my older brother,” he says with a laugh. “He’s a few years older than me and he gave me a lot of great 70s stuff – stuff like Led Zeppelin, Black Sabbath, Queen and even right through to Pink Floyd. And you know those kinds of bands I was really into when I was kid, even though it was unfashionable, and then it kind of became fashionable with the whole 90s grunge movement, they went back to using the same kinds of amps and having real guitar sounds and having real drum sounds. It went back to being really real and I guess we all have our own taste in music and I think that is based around what we liked in music when we were young and it stays with us.”

The love and passion for that kind of music really shows in what Dive Into Ruin has done over the year and that is something that Craig himself is quick to admit. “Really our band is just four guys jamming,” he says. “You know we play riffs and sometimes we do experiments, we try to see what works and sometimes it is though happy accidents that are the things that catch our ears. And we love those things. We are a little bit alternative but we want that punk rock, hard rock speed energy and edge to the music. I really do think a lot of that comes from some of the wild stuff that we heard in those 70s records and then of course those 90s records.”

As we continue our talk around vinyl I turn the conversation to the amazing orange beast that is the Smithereens EP on vinyl. “The orange all came from me designing the cover,” he says his laughter increasing as we talk more about the ‘orange aspect.’ “We had previously released the tracks on a seasonal basic starting back in 2020. Things were different in 2020 and of course we couldn’t do a launch gig, we couldn’t do gigs full stop, so we decided to release each track on a seasonal basis and then we hoped by the end of 2020 Covid would go away and we could go back to doing gigs but of course that didn’t happen.”

“So then we thought we would do a cover for each song,” he says continuing. “Then we had five different covers and I thought well if we are going to release this as an EP we need some kind of design that ties it in. The theme here comes from Matt’s banter and whinging about modern life, about working for the man and having to obey the rules. It is very much punk rock lyrics from that point of view. So I decided that I needed something that showed destruction, the destruction of a city, kind of Rage Against The Machine style so I was literally just looking around my office and I have this little toy robot on my shelf that has been there since I was a kid. So I made that robot the feature of the cover art.”

You can pre-order a copy of the ‘orange beast’ at www.ruemorguerecords.com right now.